My Tweets
Posted on March 24, 2014 Uncategorized

Last weekend, I went to see an apartment in Sillemstraße. A nice apartment, a lovely quarter called Eimsbüttel and most importantly, the same street that my friend Linus lived in. I like to be in places where I can feel close to Linus. If you know the pleasant company of Linus, you understand why.

Curiously enough, I already work in the same building he used to work in as a student, so I saw it as fate that I looked at the apartment in his street. I did of course not get the apartment because everyone wants to live there. But as I was walking around there with my parents, we found fika! The café is called Osterdeich and has a light atmosphere that reminds me of Sweden but then again not. The very nice interieur has a lot of cool details like the writing on the wall, the beautiful candle holders (that for some reason I think look so Danish), the picture gallery of German soccer players that leads the way to the room where you can watch soccer matches. 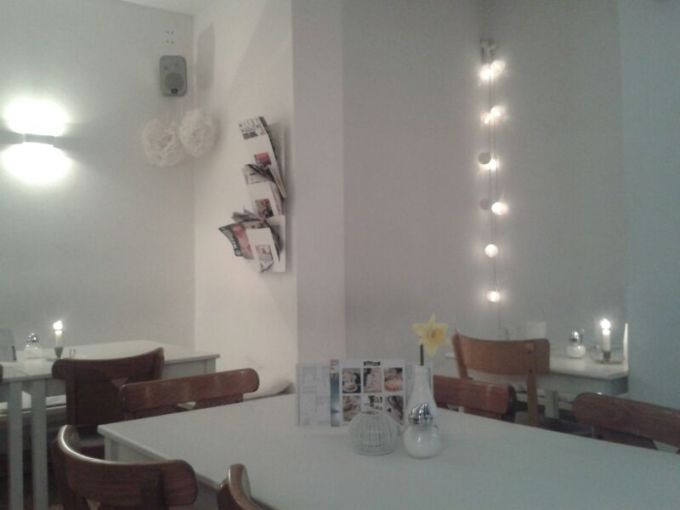 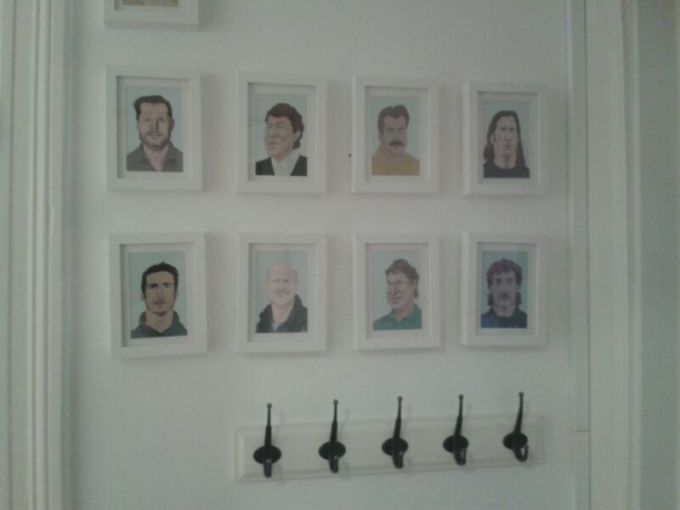 Because I thought it was so nice, I took my friend Anja there exactly a week later and tested another of their cakes. The cakes are homemade, I believe, and so far very tasty. We also thought that the prices were very reasonable, actually Anja wondered how you can survive on selling sandwiches for 1, 20 euro. I really wish I could live around there so that I could go there all the time and eat their sandwiches that are called after Beatles-songs (if I understood correctly). 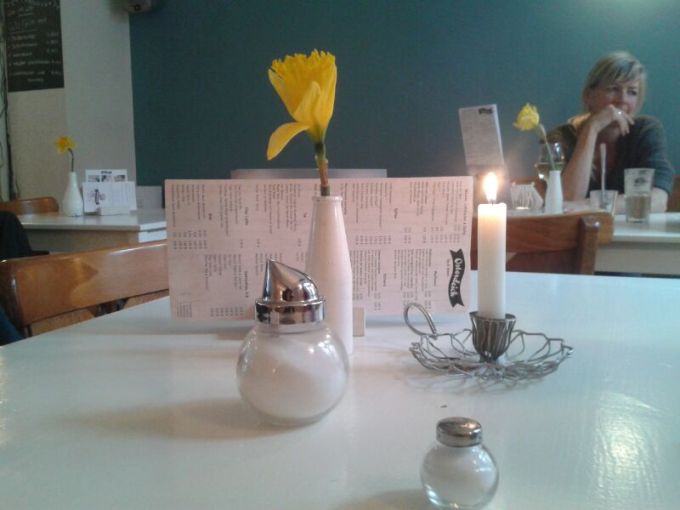 So if you want to feel close to Linus – or just enjoy nice fika, go to Osterdeich. Preferably with me.