My Tweets
Posted on April 25, 2014 Uncategorized 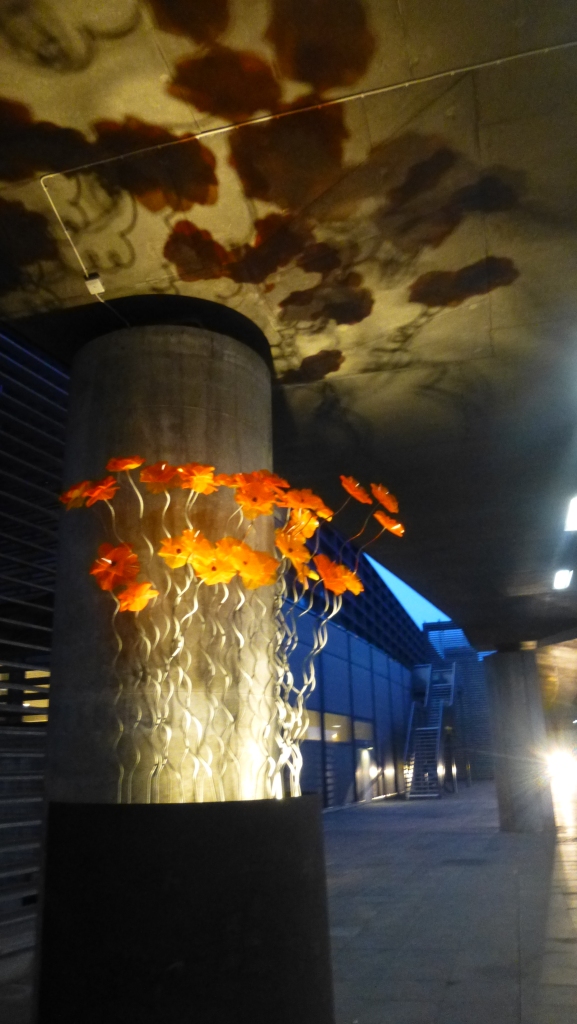 I did not know that even a short time working in tourist services makes you a different person. It makes you a person that sees the world with different eyes. When your friend meets you up in a new town and tells you, “Just get off at Barmbek”, you wonder why she is so terribly imprecise because you would tell someone unfamiliar with a city that “you go out to the right (waving your hand to the right), some five hundred metres till you see McDonald’s, McDonald’s you know, and then there is stairs and you walk up those and to the left upstairs you find a pharmacy and that is where I will meet you”.

You start observing everything closely whether or not it is fitted to a tourist’s needs. And in Hamburg, after you have done that, you seriously wonder how tourist even make it to town.

Most metro and tram lines in Hamburg start in one place and go to another. That’s great, if you don’t consider the lacking signage in the metro. Then there are a few – maybe just one – that parts. They literally take apart the train at one stop and three cars go to some distant suburb and the other three go to – yes, the airport. Because is there any other place that is more suitable than an international airport to make it difficult to access?

Yes, you already guess that I – once again – got on the wrong train. Ingrid escorted me to the train, she glanced at the display which said, “first three cars to airport”, and after ten minutes I figured: this is totally not the airport. Because for some reason a tourist can never understand it was suddenly the three last cars going to the airport. I made my way out immediately, got on the train back, changed trains again and looked out for flight attendants and people with lots of baggage. I then rushed to the baggage drop – the elevator and escalator at the airport did not work, the tourist rejoices – and thanked the Lord when their scale showed 23.7 kg and the lady smiled at my stressed face and said, “That’s fine”. (I am getting a baggage scale or whatever it is called at the next opportunity. I cannot live with this uncertainty any longer, I always die before I check in because my suitcase could be anything from 5 to 45 kilos.)

Maybe foreign tourists that don’t even speak German are smarter than me and find it easier to get to the airport. But I seriously wonder why on earth you choose that one route that strangers will take to take apart trains just there. I guess that is just the free part of the adventure of visiting Hamburg.

I would seriously love to have somebody analyse and explain to me why I am so bewitched by this socialist little town on the periphery of Europe. As I step on the plane, I meet a crew of cheerful Finns and grab a DN copy to update myself on what is happening. Either I am reading the wrong papers in Hamburg or the entertainment offers do not cater to my taste, but I immediately want to go to five exhibitions and three concerts. I read a Swedish review of a new German movie. I have heard about it many months before in Germany and since then I found its title extremely fitting to my situation. It’s funny I encounter just this movie just now. “Die andere Heimat. Chronik einer Sehnsucht”. (“Det andra Heimat. Krönika över en längtan”) DN says it is a must-see-film, “nothing can get better than this”.

I chose a seat by the window and while choosing, I realized I do know by now which side of the plane you have to sit at to see Denmark. We fly over the breath-taking landscape, the archipelago to our feet stands as the symbol for my happy summer memories and as we finally pass Globen, my hearts jumps. I don’t understand, I don’t even like Globen particularly much. We go past this city that suddenly seems so small because it is familiar and because it IS small compared to Hamburg, we keep flying north and after some minutes I start to wonder anxiously if this flight is going to Stockholm or maybe Sundsvall (does Sundsvall have an airport?) We circle over the endless woods and I feel my belief confirmed that there are no such views in Germany (not to say there are not other nice views), and finally, we go down and land on Swedish soil.

I feel like I have been on a short exchange in Germany because my eyes clearly remember every sign and shop they see but my brain is a bit amused to be confronted with color schemes, fonts and brands it has not seen for weeks. Pressbyrån, Swedavia, 7-Eleven, SL. It takes only a few minutes till I am accustomed again to what I see.

I also see beauty. Not only the well-groomed population, I am prepared for that, but the typical Swedish (Scandinavian?) details that are merely there to make things nice. The tiles in the public bathroom that are white with almost invisible little flowers. The huge plastic flower installation by the concrete bus stop. I don’t see that in Germany. It is something you don’t need. If you don’t believe in needing beauty, that is.

Another sure sign of being back: I end up next to two Germans that act so embarrassingly that I choose to not reveal my nationality. (This would not have been possible with Jack-Wolfskin-attire!) They talk to a German-speaking Russian lady that visits her boyfriend and the poor woman has to sit next to them all the way on the commuter train. The German man lectures her about her job, there is not a single break in his talking, he says the boyfriend should learn German because, well because the German guy does not like to speak any other language. In Germany, we have a word for my feeling: sich fremdschämen. To be embarrassed for someone else. I rarely fremdschäm myself in Germany, I have never fremdschämed myself more than in Sweden, this is how I know I am back. The boyfriend looks away and rolls his eyes as the German guy starts talking about how SL is soooo expensive. I leave them to themselves, I am going home to Marita who is the type of co-German I love.

My phone shows Comviq as my provider again and of course, as usual, it doesn’t work at first try. It’s apparently Friday it’s löning, and the young people dress like they always do and they get off at the stop they always get off at. I pass by all these places and everything recalls a memory. Here we went to this worthless restaurant. There’s the migration office where they took me into their folkhem. This is where Martina lives! Here we got off on All Saint’s Day.

Nothing’s changed. Neither has my inexplicable love for you, Stockholm.