My Tweets
Posted on August 25, 2014 Uncategorized

I am a great lover of the Stockholm archipelago. I have my island wedding completely planned already. My skärgårdskärlek is almost religious, I believe it is a glimpse of paradise. My mother also likes islands and she thought I should get to see some German island life. My parents live surprisingly close to the North Sea and so she invited me for a mother-daughter-weekend on the island of Wangerooge. From my parents’ place, you drive 50 minutes north and then you step on the ferry (which looks very, very much like the Stockholm archipelago ferries, a fact that might not be surprising given that they serve a similar purpose but nevertheless heartwarming to me) and after an hour – you’re there!

You do not have to make your own “Welcome”-banner here, they rent these out at the tourist office!

On the railway station house it says, “Come back”

Wangerooge means “meadow island” and when the island tram that is as fast as 2 km/h (not kidding) takes you from the harbour to the railway station downtown (as in 1,000-inhabitants-downtown) you do understand what they mean: endless fields of green and purple against the horizon. And occassionally a picturesque lighthouse. 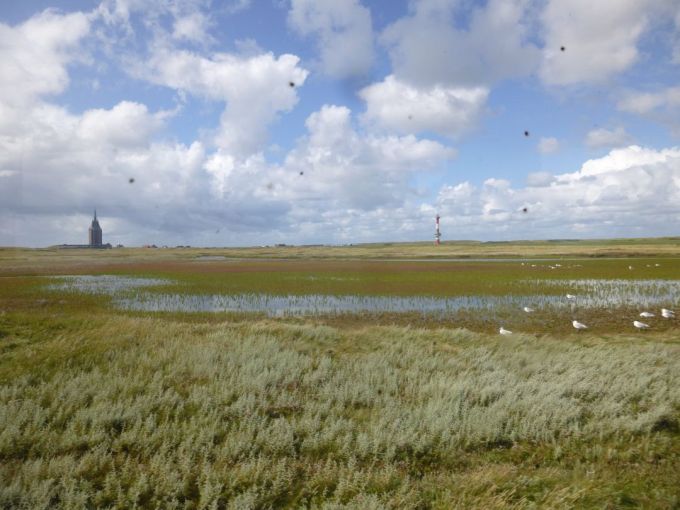 You do not have to make your own “Welcome”-banner here, they rent these out at the tourist office!

On the railway station house it says, “Come back”

The tide is high 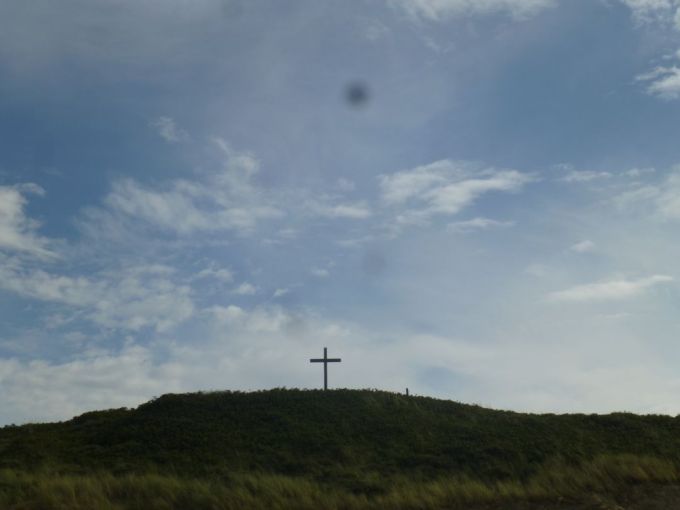 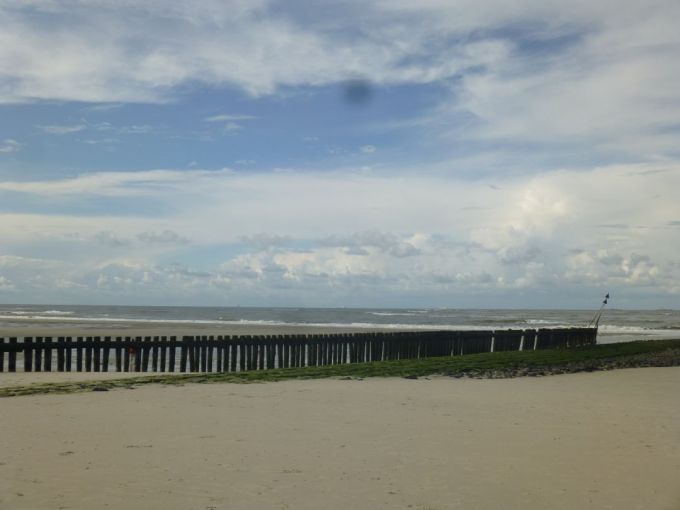 My mom and I have been going on mother-daughter-weekends since 12 years now and we have alternated between big cities (Madrid, Stockholm) and really non-spectacular places (Tecklenburg, Hameln). Because what we mostly do is talk non-stop and you can do that in many places. The beach of Wangerooge is one of them.

I was fascinated with the island because there was so many things there. I tried to describe an archipelago island to my mother, comparing Wangerooge. Those islands only sometimes have one shop while Wangerooge has like a whole shopping street, including a Rossmann! We walked on the beach for more than three hours and still had not even been around half of the island. I don’t know, but you probably cannot even walk for three hours on Grinda. Wangerooge even has a cinema! With movies from modern times! (“Lucy” in this case.)

The islands belong to what we call East Frisia, a part of Germany, where people speak little and if they do, they speak Low German. They are known for drinking tea the East Frisian way and I must say I love it. It is the perfect thing to do when it rains outside (which it does frequently in East Frisia). They serve you strong black tea in a pot with a very small cup, accompanied by Kluntjes which is rock sugar. When you pour the tea, the sugar makes a delightful sound, a delicate cling-cling-cling. Then you add the cream – not milk – to the hot tea and the cream starts making little patterns in your cup that looks like an artist drawing clouds. If you come here, you must try it. 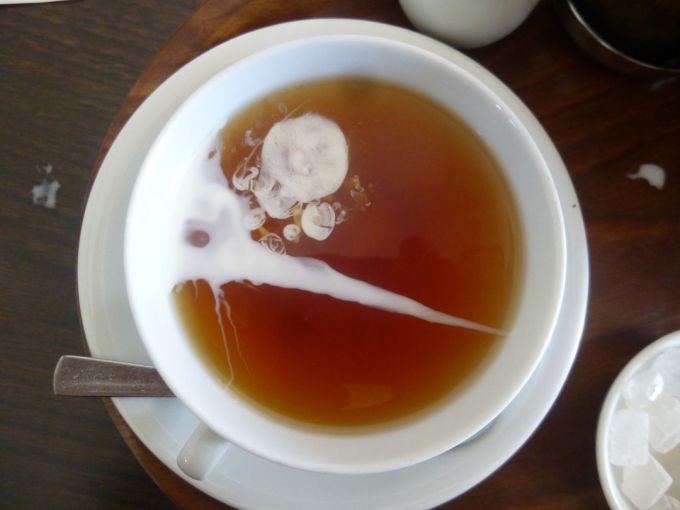 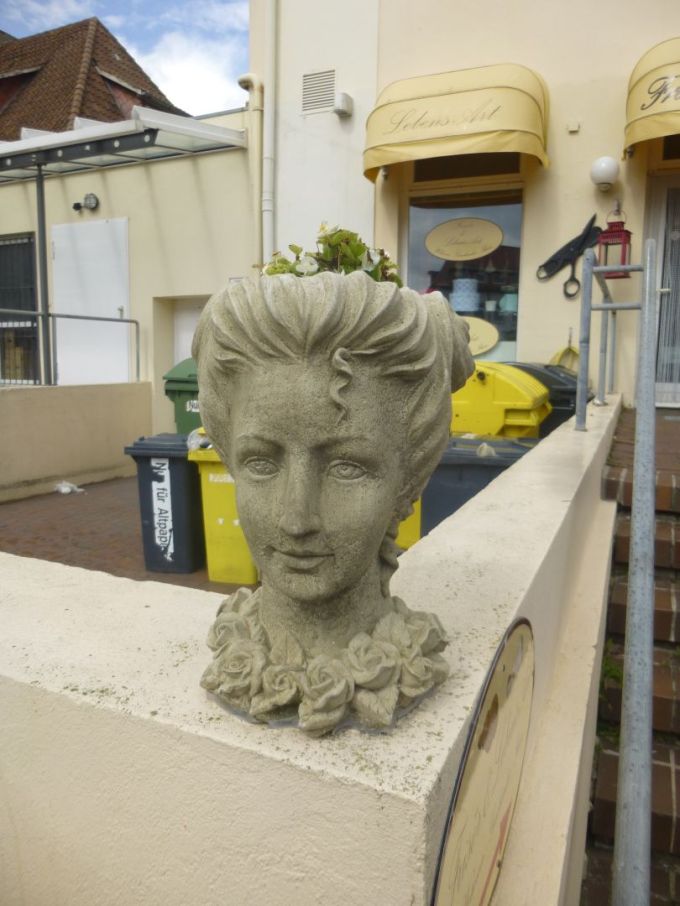 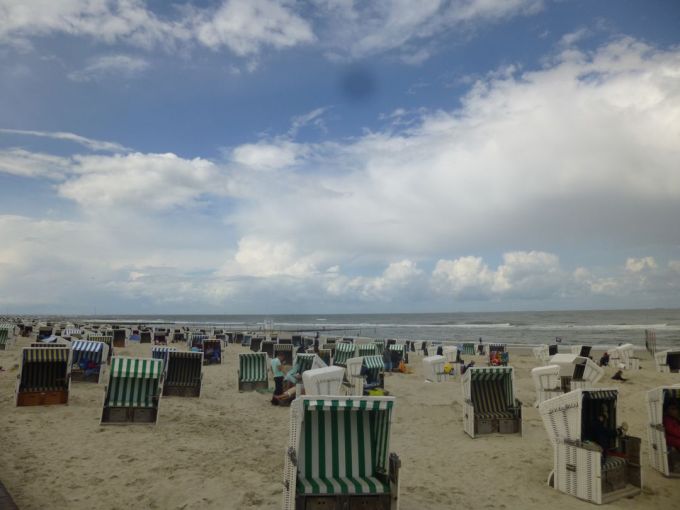