Sweden has given a lot to the world: Spotify, Skype, Avicii, ABBA, the match, the Nobel Prize, the pacemaker, zippers, three-point seatbelts, IKEA and TetraPak, just to name a few. But often I believe that the most important contribution to mankind maybe was Astrid Lindgren and her books. Because when you read those, you can escape to another world. Her stories light up any person’s existence.

When I was little and could not fall asleep, I would always listen to a tape with “Ferien auf Saltkrokan”, the audio drama version of what is maybe my favorite Lindgren book, “Vi på Saltkråkan”. I still know the first sentences (“The little white steam boat that zickzacked through the archipelago on a summer morning was going to the Sea Crow Island”) and I have always carried the story in my heart. A couple of years ago, I went to Furusund, the island that inspired Astrid to write the book. Today, we travelled to Norröra where they shot the movie based on the book.

The snickargården where the protagonists lived 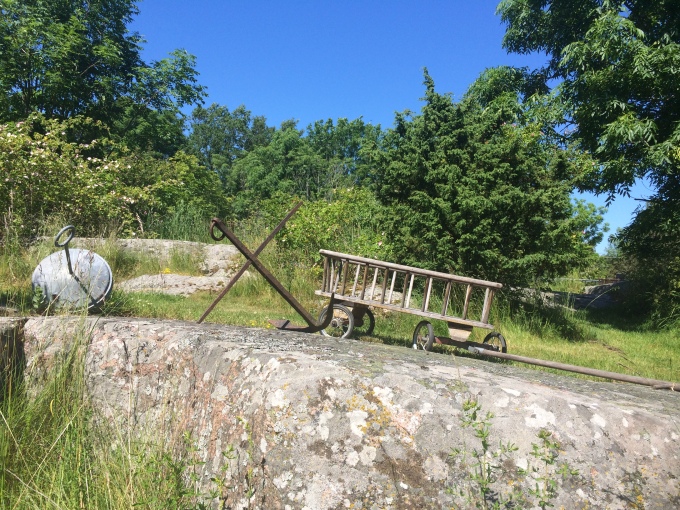 To be honest, the island did not live up to my expectations. It is an incredibly beautiful island and I would recommend going there. But I thought I would see all these scenes in front of my inner eye when I got to see the place. I didn’t and I believe that is because the book is rooted much deeper in my memory than the film. I have my own pictures in my head and they don’t match the movie exactly. Still, the tour we took was nice and the island is truly gorgeous.

The fictional Saltkråkan is described to be, like Norröra, to be in the uttermost parts of the sea. It takes three hours to get there. At the end of the tour as we were standing in Melker’s garden, the guide read out the last sentences from the book in which Melker sits and marvels at the landscape in the sunset and says, “I take the wings of the morning/ and dwell in the uttermost parts of the sea” (Tar jag morgonrodnadens vingar, gör jag mig en boning ytterst i havet) That is a touching bible quote (Psalm 139:9-10) Astrid Lindgren put there at the end. 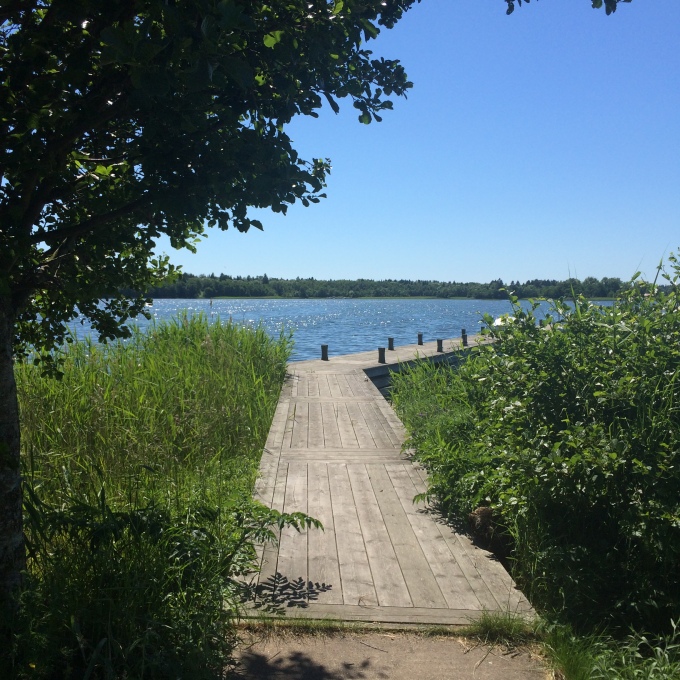 The island library. Only 9 people live permanently on Norröra but in the summer they are 400. 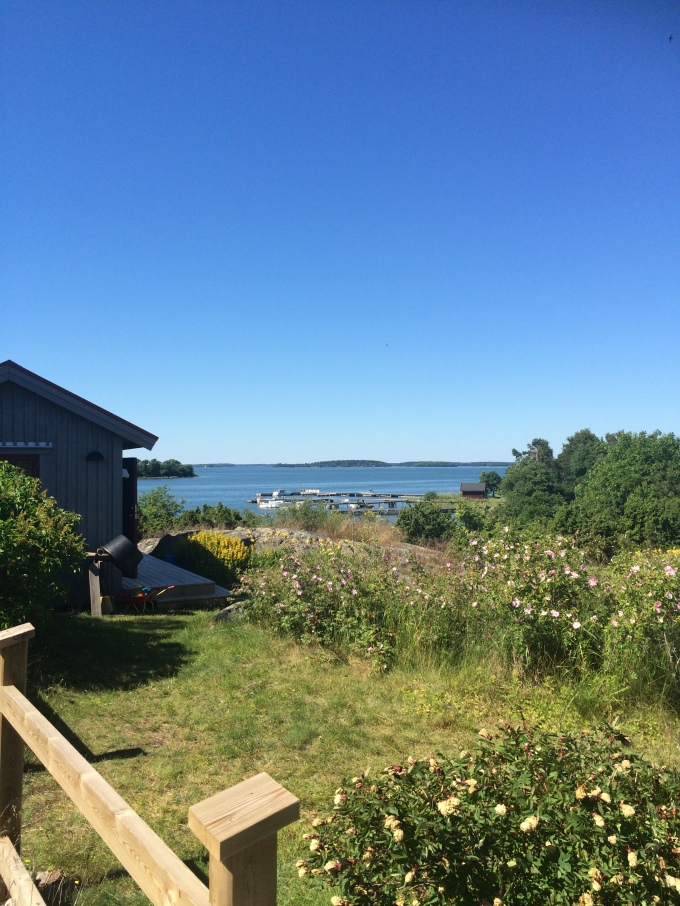 Being outside in the sun all day and then meeting friends in town afterwards is wonderful but extremely tiring. That is why I’ll shut this laptop now and go to bed. The next two days I will be spending with friends in the archipelago (even though we don’t have the best orientation and plan yet, ehm…). As this is a measure taken to relieve stress and create calm vacation feeling, you won’t be hearing from me then…I will be swimming in the Baltic Sea!