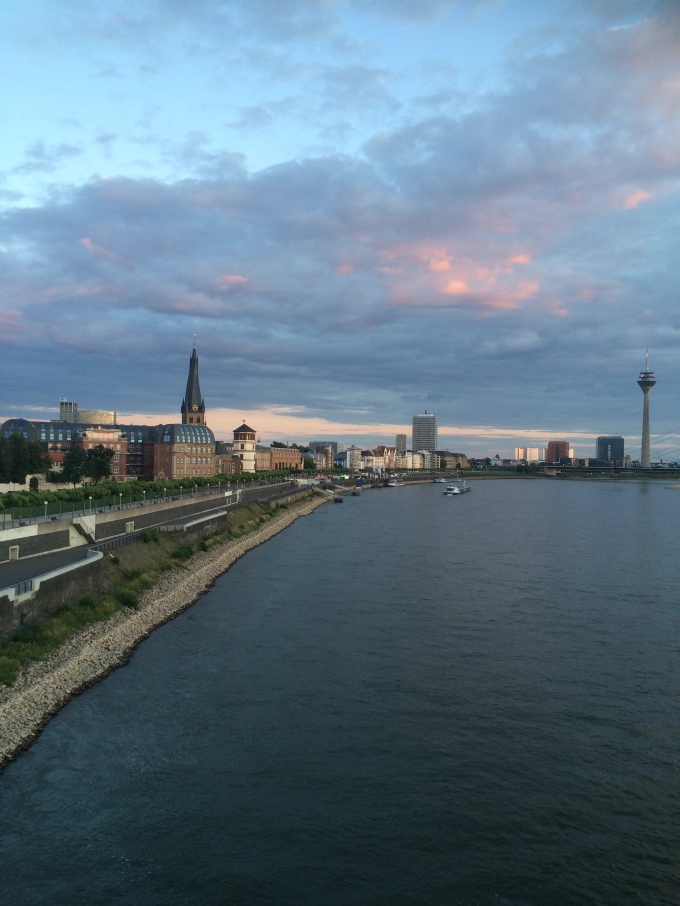 I do not have a photo of The Ki yet so you get a photo of the Old Town skyline. In Swedish, you call this fulsnyggt (uglypretty).

Update [August 6, 4:34 pm]: My friend Linus, a Hamburg expert and almost-native, has informed me that people do say “Let’s meet at the Burger King on the Mö”.

The most famous street here, as I have mentioned, is Königsallee. It is a boulevard on two sides of a small stream and Düsseldorf’s finest address. All the fancy shops with their golden doors are on Königsallee and the people sitting in the cafés often have come there driving in their Jaguar or Porsche (which they, embarrassingly, sometimes show off by speeding, making weird sounds, as soon as the traffic lights turn green). I have learned that Königsallee is an orientation line between the city center and the old town. However, people very rarely call the street by its full name,instead,  they say “Kö”. Not only is that funny to me because that means “queue” in Swedish, I also have to think about if other cities did that. What American town would nickname its King Street “the Ki”? (By the way, are there even King Streets in America? Was not the point with America to not have emperors and kings?)

Hamburg’s shopping street would become Mö, in Bremen, you would say “I’m off to the Ob” if you go to town and in Stockholm, you could run your errands on “Sve” or “Dro”, or maybe occasionally on “Väs”. Yes, it does sound weird with any other street name but it works well Düsseldorf’s most famous street.