First things first: Amsterdam is pretty great. I believe it must be the combination of grandeur and recklessness the Dutch cultivate in their capital that made me love it. I am even tempted to call it The Continental Stockholm.

While the weather is terrible most of the time, the buildings are gorgeous. It’s like as if the Dutch want to remind everyone they were a superrich nation once in case anyone happened to forget the Dutch Golden Age. Even their central station looks like a castle! The inner city is lined with tiny crooked houses by countless canals, the grachten (I felt so at home seeing so much water everywhere!), on cobble stones streets that are navigated by fierce cyclists. They can have two little kids plus a week’s groceries on that bike without even batting an eyelash. Worried about transport safety? Oh, you must be from Germany. 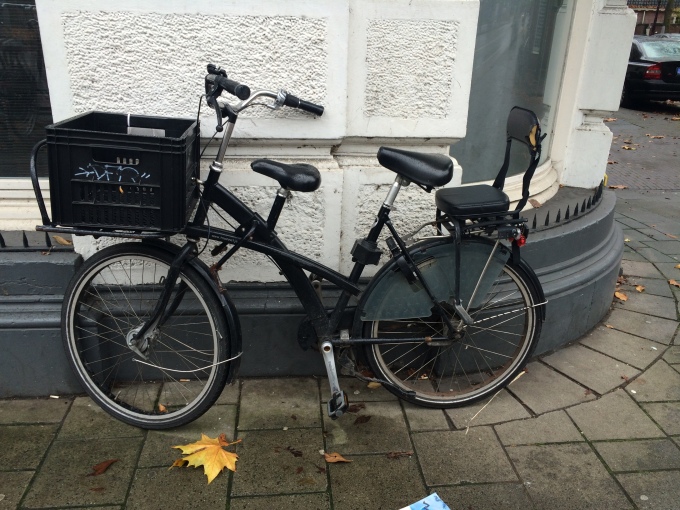 The Dutch do lots of weird things and curiously enough, it just makes them more dear to me. Their national cuisine is basically frying everything. And by everything I include boiled eggs. Here and there in the cities, there are holes in the walls and you can put money in there so that the hole delivers a snack to you. The snack is usually something fried. When you go to throw away your napkin in public, you meet profound quotes. Those are put up on the public bins. Where else?

A lamp in the Jugendstil-cinema 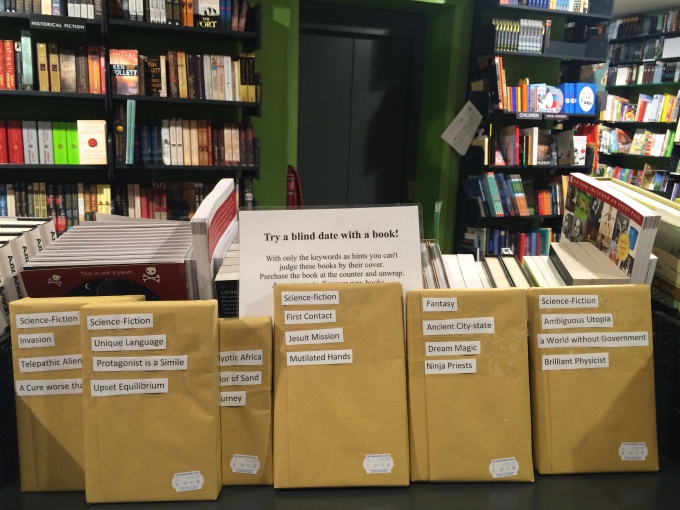 They have lovely book stores, hilarious street signs, great stores with almost everything, magnificent cinemas, and in their restaurants, they put carpets on the tables. Apparently that is a very Dutch thing to do. So next time you want to impress your Dutch friend, try cleaning your rug and using it as a table cloth.

Spending a whole weekend away from home with friends in the Capital of Intruiging Atmosphere means two things: you come home with a rich heart and a full to do list. I must leave to tackle the latter as my next trip is coming up soon (after West, now first North, then South). 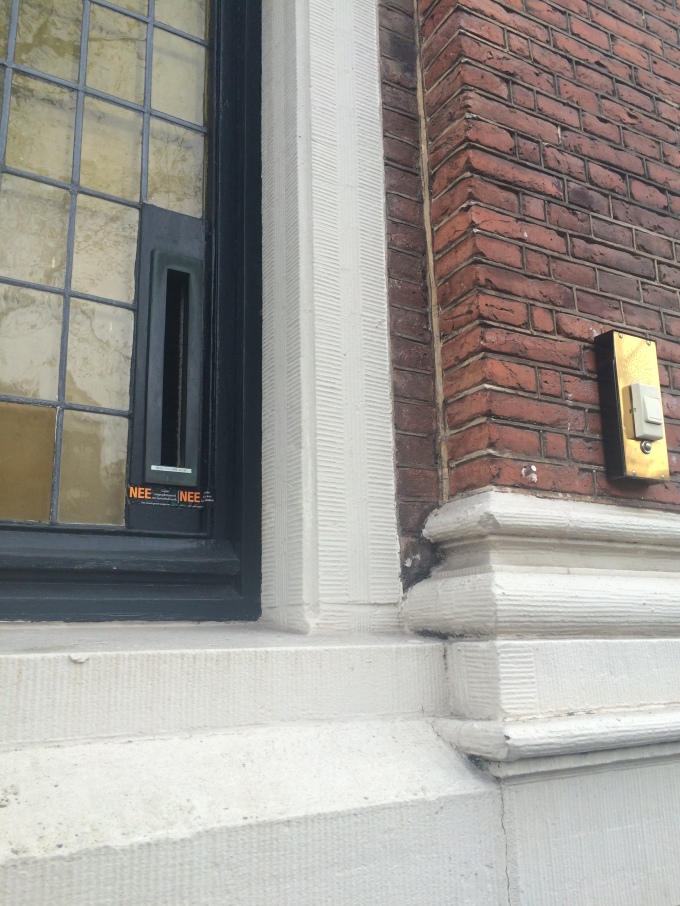 Who doesn’t put their post box in the window?

Fascinating that these houses do not fall over

In the middle of Amsterdam, this peaceful village unfolds behind a portal. Only single women over 30 may life here. 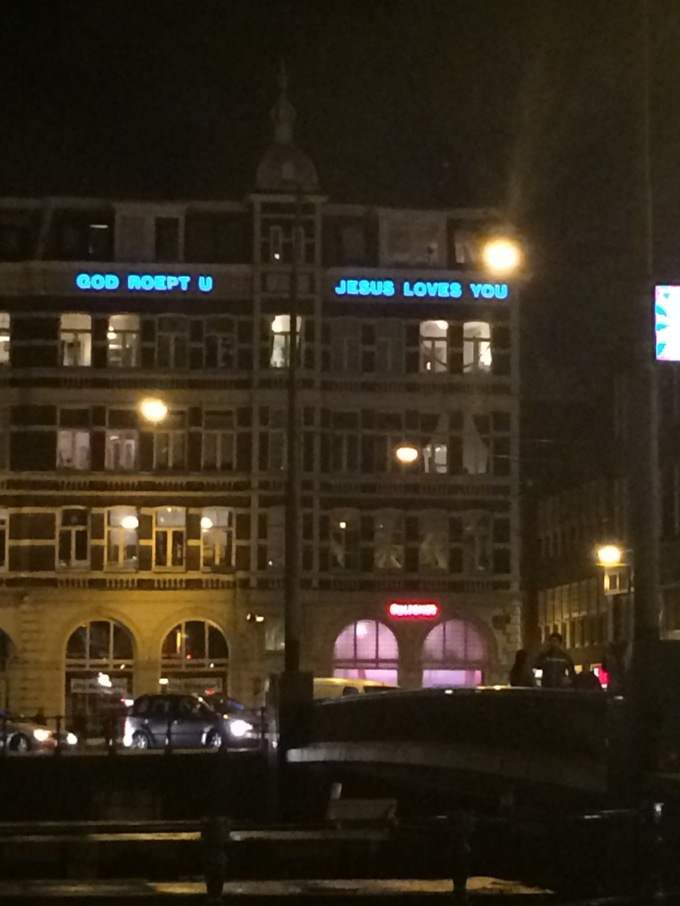 God calls you. Jesus loves you.

This star pattern kept unfolding over the entire facade, so lovely. 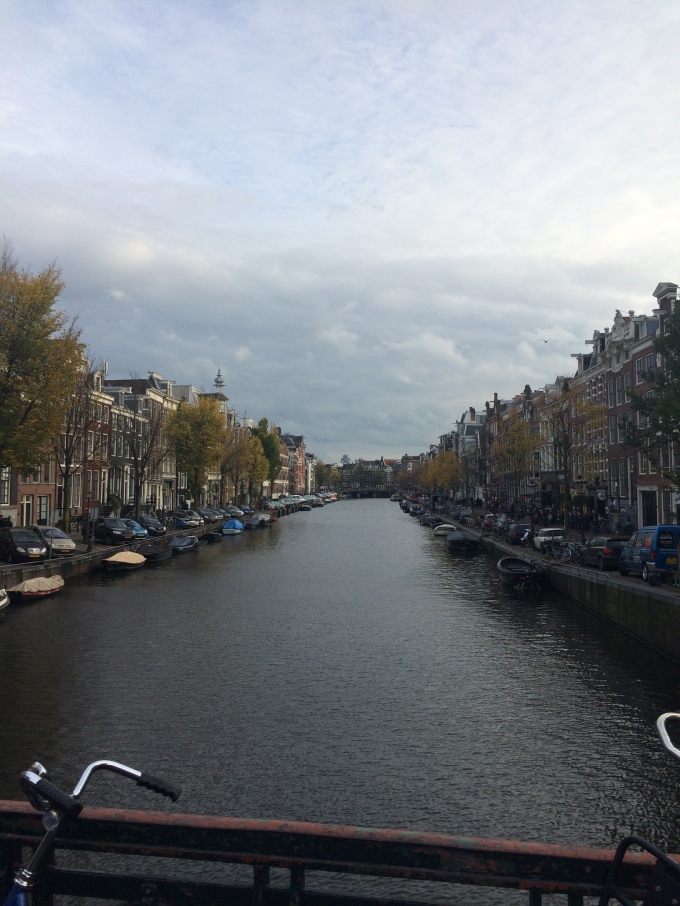 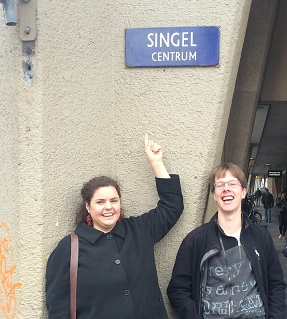