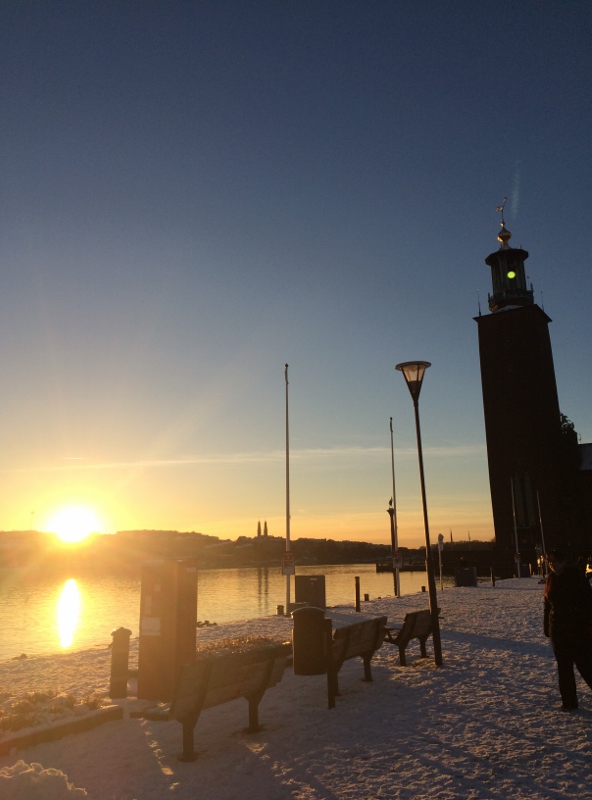 The world has a lot of preconceptions about Sweden. Most of them are positive prejudice: the Swedes are pretty, the welfare is amazing, the nature is unique and they have free kindergarten for all kids. But there is also this thought that Sweden is dark and that’s an idea people can’t let go of. I want to take up the cudgels for Swedish light. As I strolled through town in the truly refreshing cold, there were clear blue skies, beaming sun and snow reflecting it. (Considerably better weather than in Germany that had 10 degrees and grey sky for weeks on end.) I think non-Swedes should adopt the slippery ground as a problematic preconception instead of the darkness. No one seems to ever talk about that, but slipping on frozen snow is much worse than a sunset at 3:30!