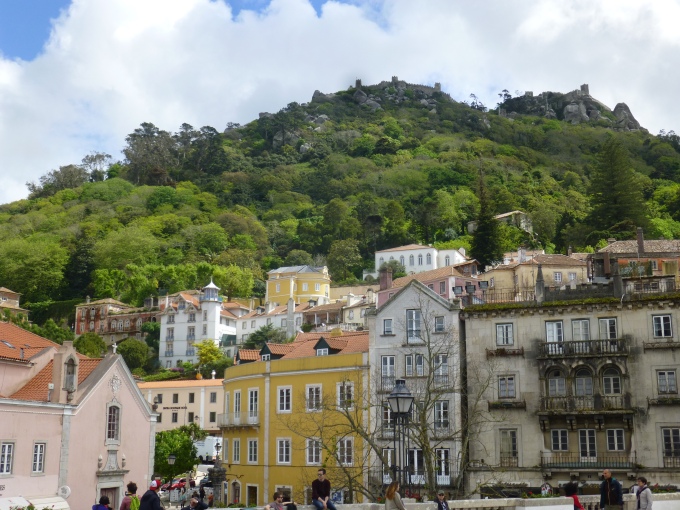 Maybe it is compulsive blogging disorder that I am suffering from because I felt I could not commence my Marseille stay without reporting about Portugal first. The last four days, my friend and travel companion Michelle and I followed the recommendations I had obtained from friends, coworkers and family. We went to Sintra, we listened to Fado and we ate at the Ponto Final restaurant.

It was also my first airbnb experience which was interesting. The hosts barely spoke to us but their apartment was impeccably clean and rather high standard. However, their elevator frequently stopped and refused to release its passengers and the room was so cold I could hardly fall asleep. I think the fact that the Portuguese do not have radiators is some kind of weather escapism: they want to believe it is always 20 degrees and higher in their country. But it’s not. We got our fair share of rain and what puzzled me was that the rain felt lighter when coming down on one’s skin. So odd…! I was walking home the first evening when I noticed that but I could not pay attention to this circumstance for a long time because dozens of young people in black capes appeared around me. One of them carried what first looked like a broomstick and I concluded that a previously unreleased Harry Potter volume must be currently filmed in Lisbon („Harry Potter and the Erasmus Student of Portugal“). On closer examination, I found the broomstick was in fact a giant wooden spoon and the cape-wearers had ties with spoons attached to them. Back in our room, I googled, „weird Portuguese rituals with spoons“ and found it was part of the praxes, a (controversial) student tradition. 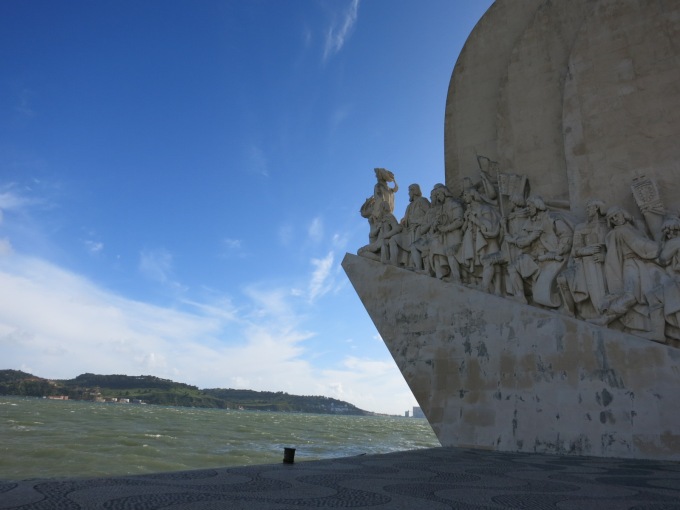 In Portugal, meat is apparently never served with vegetables 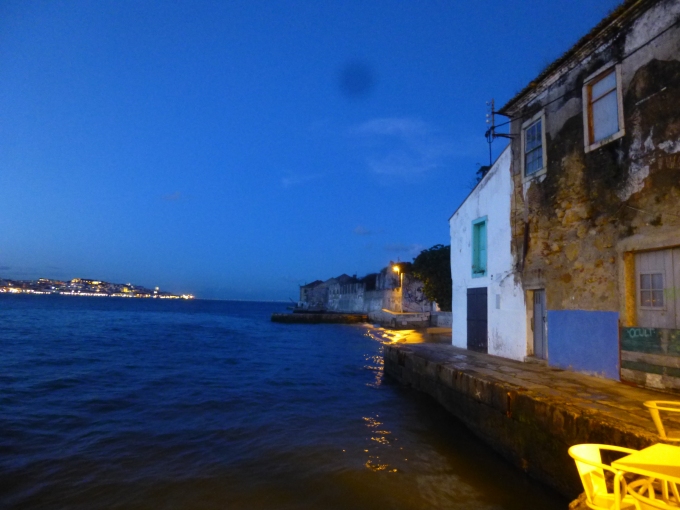 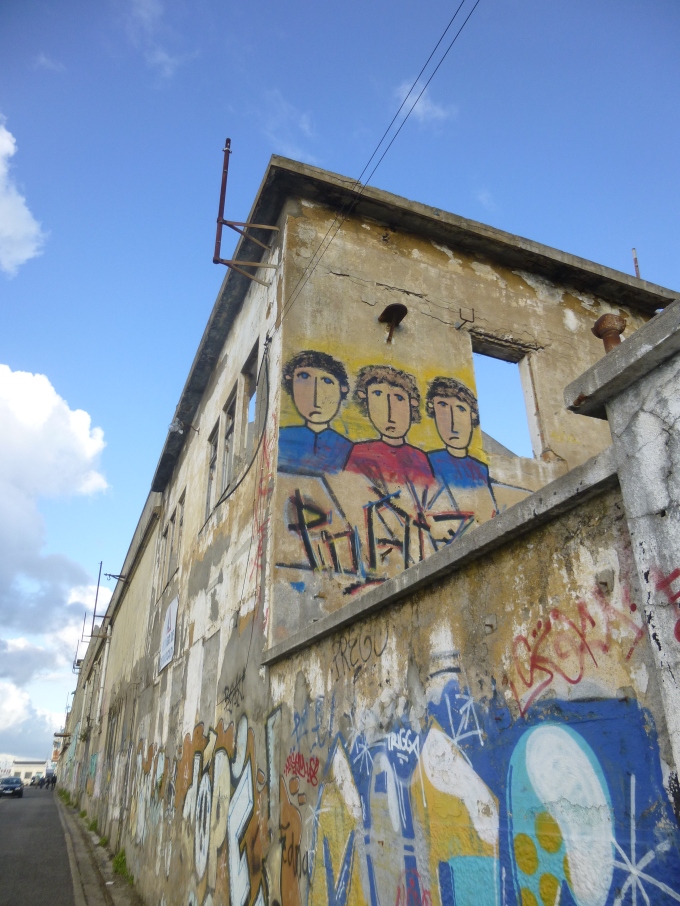 We met lots of stray cats 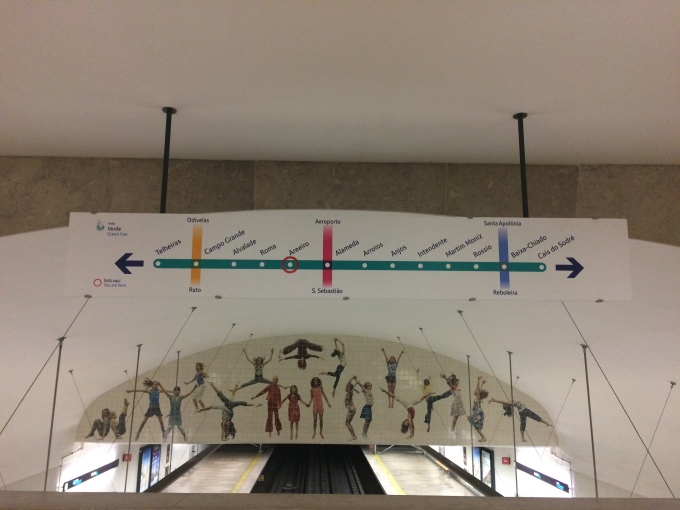 The metro system had quite good displays.

During our stay, Michelle and I closely observed the people around us and switched languages accordingly. If Germans were close, we guarded our privacy by switching to Swedish, if Swedes were to be heard, we became all German. At the Fado restaurant, a Norwegian couple overheard us and it made the Scandinavian’s day to meet us. He was very friendly and super happy to have met someone from the North who also was on „ferie“ in Portugal. We were also happy because you can hardly listen to Norwegian without being happy.

Despite our linguistic disguise, we were frequently mistaken for locals. People kept asking us for directions or information on public transport. We must have appeared very competent. Our foreignness was quickly demasked though when we replied – in English or Spanish. In four days, the only words I actively picked up were „bom dia“ and „obdrigada“ (the longest word for thank you in any Western European language?) and my brain worked hard to make sense of what I read and heard. Portuguese is a complete mystery – it looks like distorted Spanish and sounds like Polish or another Eastern language. Completely impossible to understand anything at all! My brain seemed to not concede to this fact though but instead built its interpretations: the supermarket chain „Pingo Doce“ because „Pinguin Twelve“ before my inner eye. 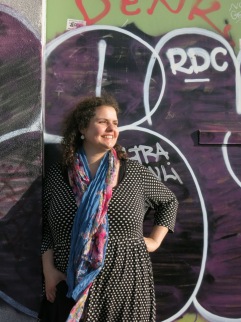 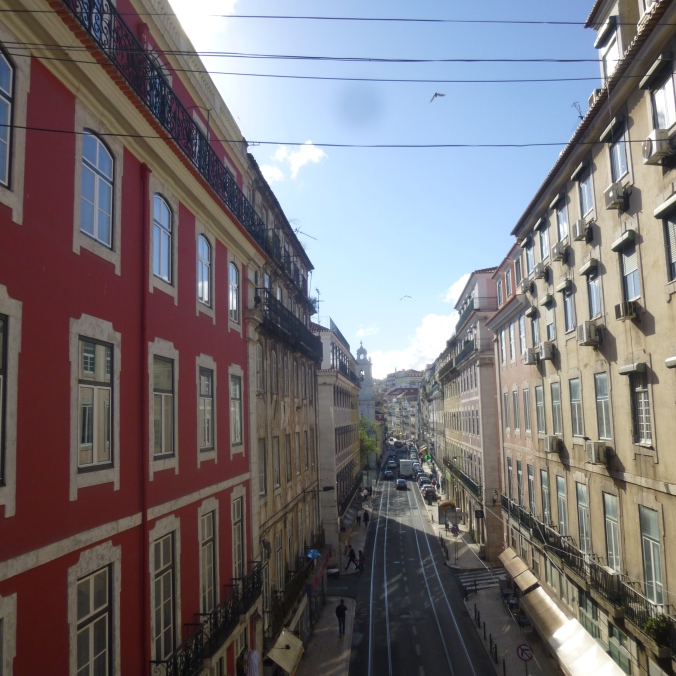 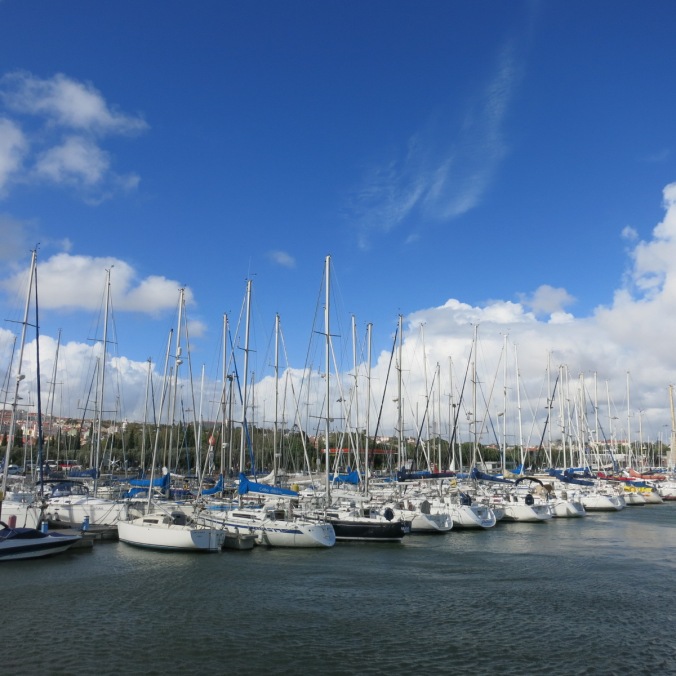 We did not make it to any museums but we took a trip to Sintra where you can see two castles and a Moorish fort. The bus trip up the hill was adventurous for German standards and up there it was considerably cooler. We wandered through what looked like a jungle and tried to educate ourselves by reading the „Talking Heritage“ signs. I have to say Sintra has a long way to go when it comes to those. More than once the sign read, „Stones from probably 10th century. We don’t know what they were used for.“ 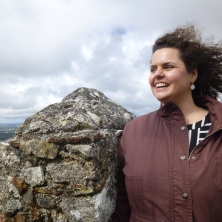 Despite our lack of self-education on Lisbon’s history, I managed to learn that the name of the city means „Enchanted Port“ which I find very poetic, and we got a glimpse of Portuguese culture when we listened to the very nice Fado songs. (On the first evening, I also listened to depressing Portuguese poetry but I did not understand a word.) Fado is special and beautiful and it made me wonder why the Portuguese are excelling in melancholic ways of expression. I’m guessing it has to do with history. 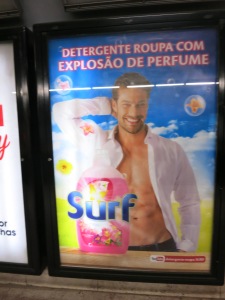 And now I am in Marseille! Getting here from the airport took three times as long as normal because of an AC/DC concert-induced traffic jam. On the motorway, a house had giant letters saying in French, “JESUS DIED FOR YOUR SINS”. What a welcome.

Our rooms looks literally right onto the Sea which is wonderful. Marseille happens to be the birth place of Desiree Clary, who happens to be the mother of the currently reigning Swedish royal house of Bernadotte. So far I’ve only seen a metro station named after her but tomorrow we’ll try to find out if we can find more traces.