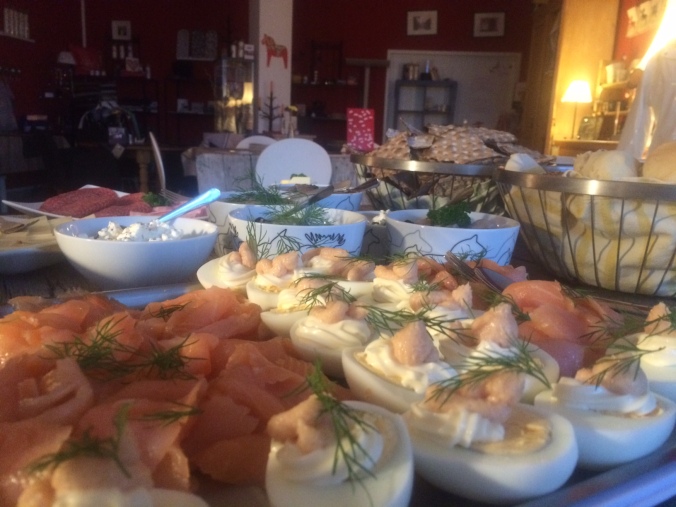 This morning, I had to get up earlier than usual because we had a work Christmas breakfast with our members. Yes, that is part of the job and no, it’s not simply sitting and eating. But it was nice of course. As the Swedish tradition goes, we ate julgröt, Christmas Porridge, and we placed one almond in it. In Denmark and Southern Sweden, finding the almond means you get a present, a custom we abode by. (In the rest of Sweden, finding the almond means you get married next year which also was true for the guest who found the almond.)

To heighten the Christmas mood even more, my co-worker recited, or well, read up, “Tomten är vaken”. I really like that poem that I first encountered back in the day as an illustrated children’s version. ‘Viktor Rydberg’s poem, originally published in Ny Illustrerad Tidning in 1881, is, to most Swedes, above all a Christmas poem, preferably to be read aloud on Christmas Eve, even though Christmas is never explicitly mentioned in the text. However, cozy and idyllic though this lyrical piece may seem, it is actually a philosophical poem, dealing with the eternal metaphysical questions of the origin, purpose and meaning of human existence. Where do they come from, and where do they go? – this is the enigma that the little tomte (“brownie” or “hob”) ponders as he performs his nightly duties on a secluded farm, where everybody but himself is fast asleep’ (says Stephan Larsen).

Last night, Linnea came to visit me and as I opened the door to the staircase, she had not turned on the light, instead she emerged from the dark, illuminated by the candle in her hand, with a glitter wreath on her head and a red ribbon around her waist – luciaing for me! She even had lussekatter with her and frankly, they were by far the best I have eaten this year. (I don’t say that because she reads this.) 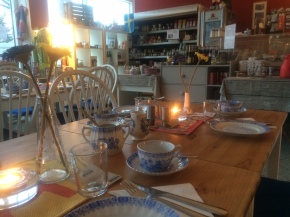