“It’s such a typical Sunday!” Emily commented on our schedule yesterday. Because my phone decided 8:30 a.m. was the right time to wake me (wth?), we had time to do almost an entire hour of Yoga with Adriene together before heading to church. Then we took a walk in the park, cooked Sunday dinner and facetimed with our fiancee. Eh, her fiancee.

Emily in front of her house. I love her house! 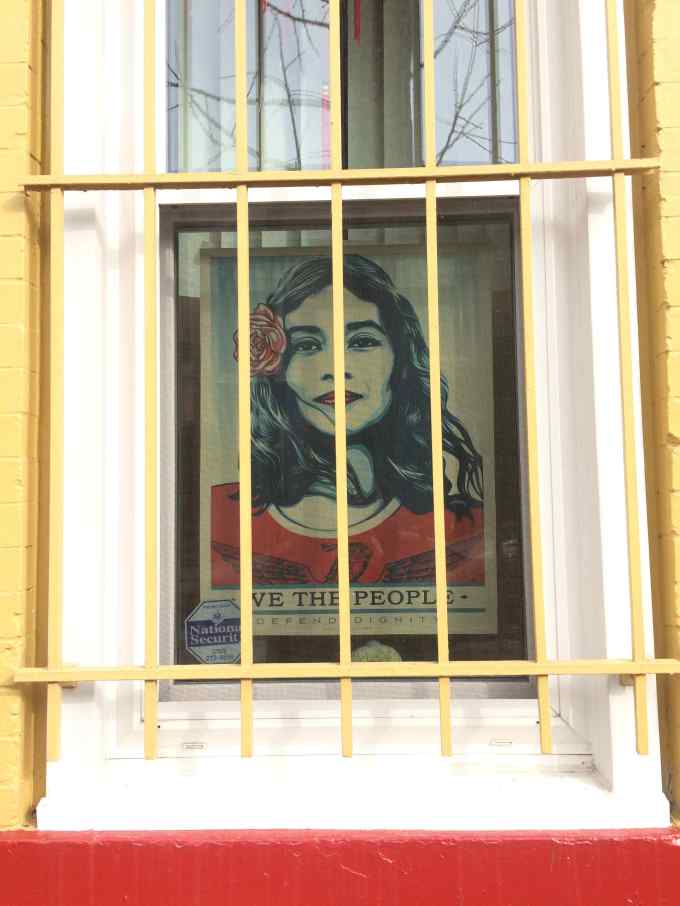 People bring up politics all the time and they are not happy. This is also reflected in the many posters and statements in the windows, on shirts and tote bags.

In Meridian Hill Park, they put up statues of all kinds of people including Dante and Joan of Arc. Her sword is very popular and regularily stolen which is why she is currently unarmed. 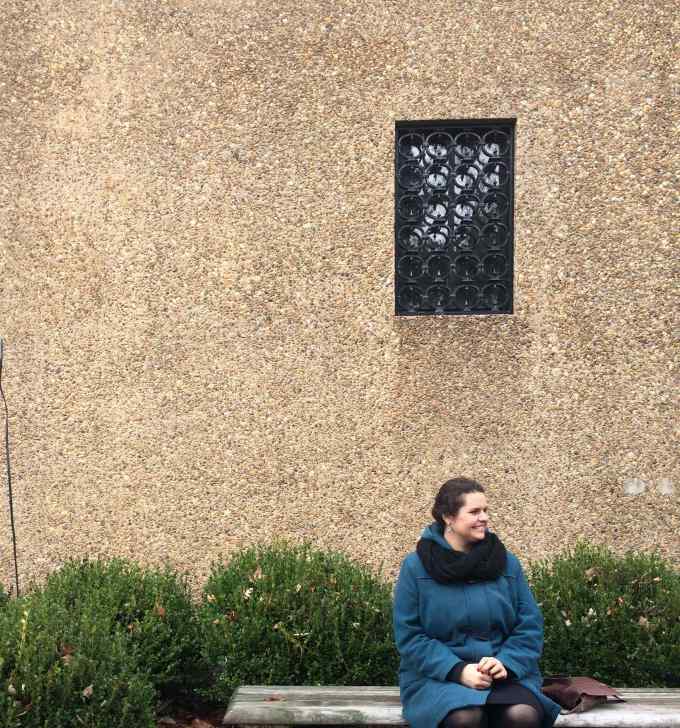 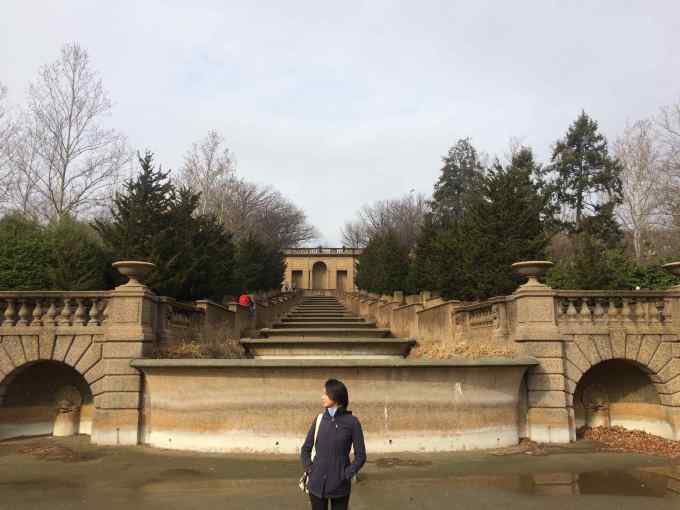 We also watched Melodifestivalen during which I identified 5 out of 7 dialects correctly. It’s only Gothenburgian that I always get wrong. 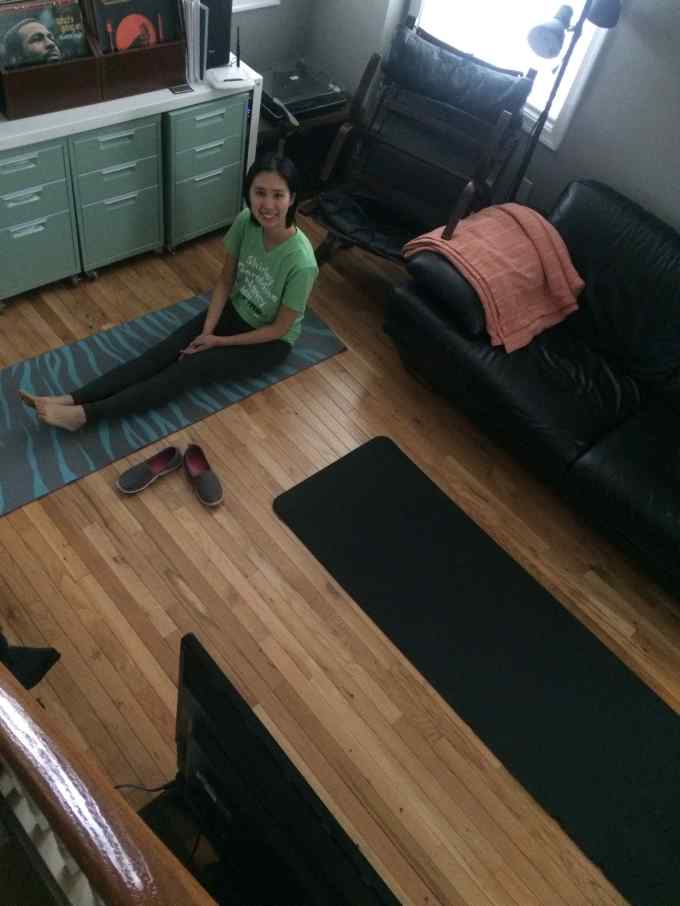 We turned the living room into a morning yoga studio!

Saturday night we went to a bar where one of Emily’s friends was having a good bye party. On the way back, we passed lots of nice houses. Obama lives close to this neighborhood! 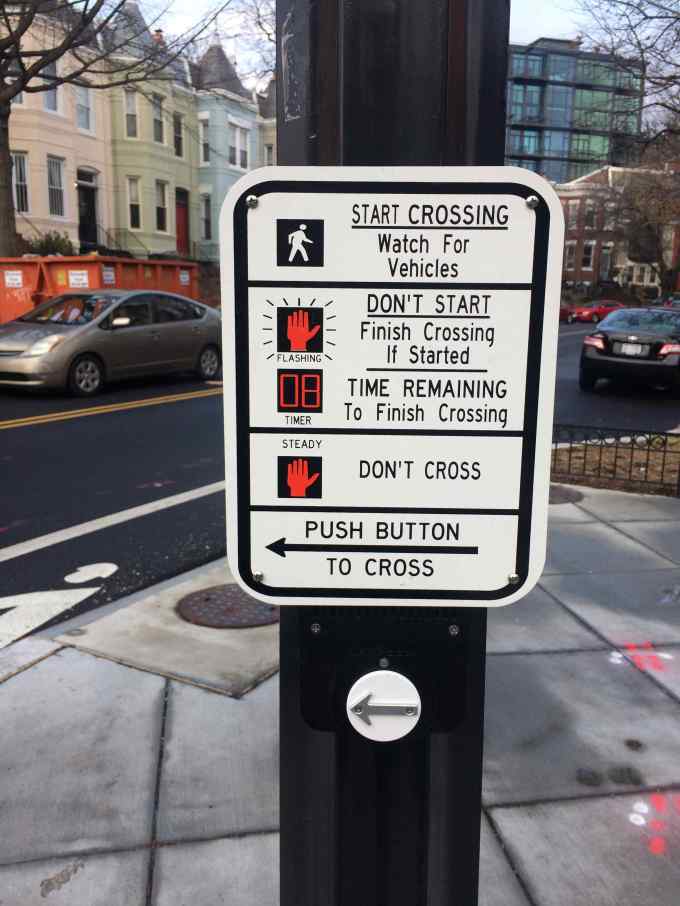 Germany is often called a forest of signs but I think the U.S. deserve that title. Not only are there loads of street signs, they are also very elaborate. It seems that signage without text is not a thing here, instead they spell out everything.