Google should have sponsored this. #annualcarnivalphoto #kölnerkarneval
In front of the majestic City Hall, a giant reminder for Hamburgers to vote in the upcoming election. 🗳️
Goodbye little buddy 💓 Today we had to say farewell after almost 18 years to my dear Hundchen. 😿 Thanks for all the memories and thanks for all the fun. We will miss you a lot. 💔
My resolution for 2020: having more fancy drinks 🍸

Ascension Day this year is spent in a small town in the South of Germany. I was not aware of how idyllic this place is when I decided to go here and now, I’m just wandering around gazing at the charming environment in amazement. The town is a medieval one with two lakes, half an hour north of Lake Constance. In its city center, there are lots of small little shops and no chains. Instead, there is a store selling only nightwear and swimwear, a shop selling socks and stockings exclusively, a real butche shop that has German solid Hausmannskost for lunch, a book shop where they play the piano on Saturday mornings for customers.

There is the Spätzle museum, the art museum and the mobile home museum. The little movie theater by the lake called Seenema (See means lake in German) shows a good and high quality selection of films. The sun spoils the town with 28 degrees which makes people jump into the lake or get a paddleboat that looks like Herbie. Then there is the swan who also lives on the lake but I’ve heard reports that he’s friendly. 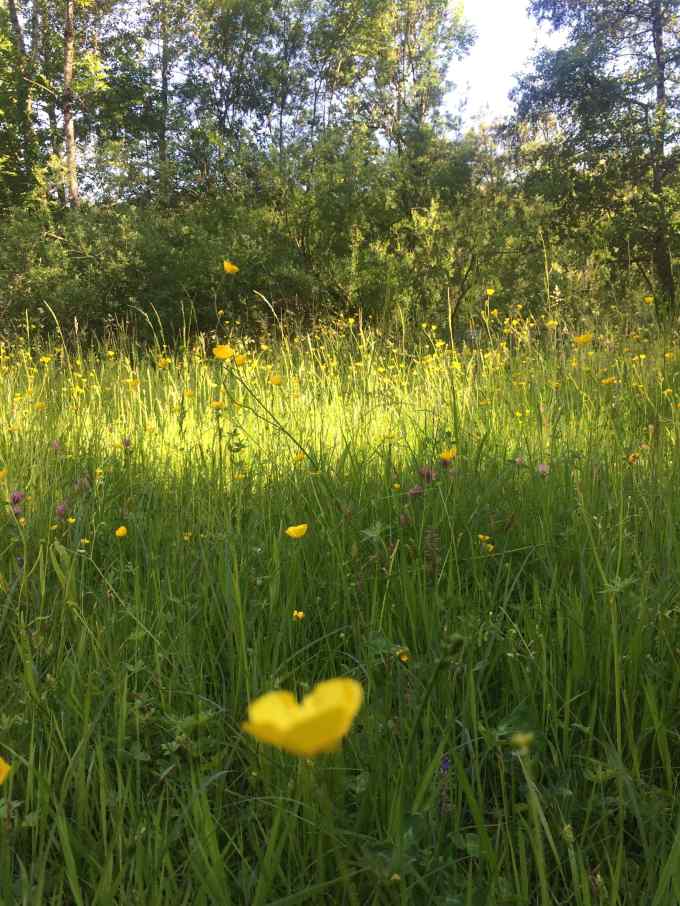 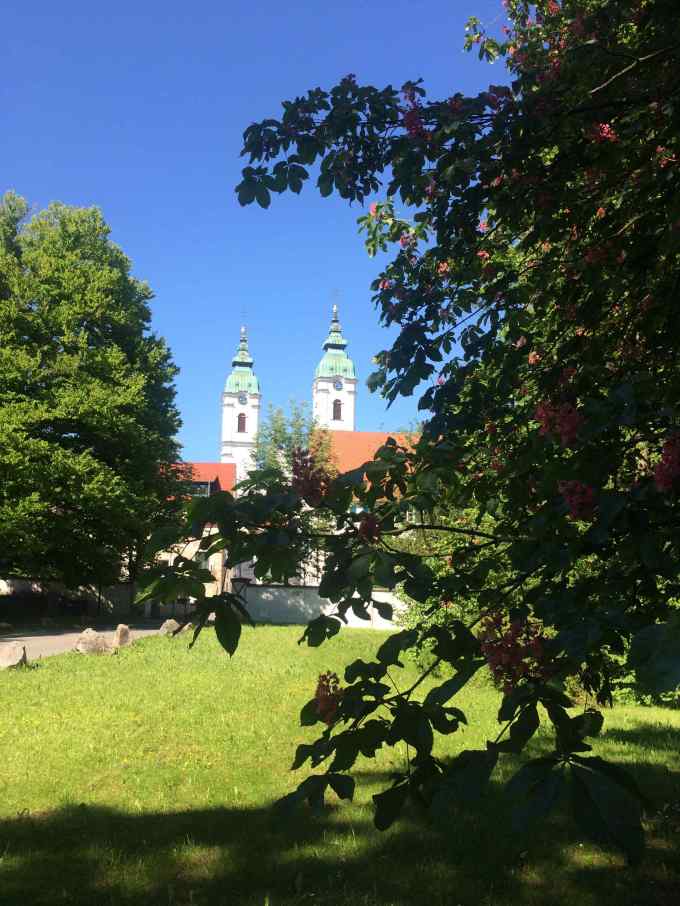 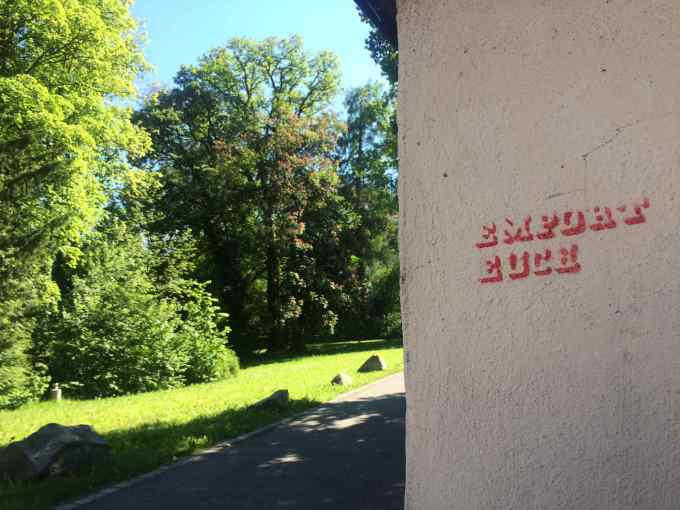 People keep getting married in the beautiful church overlooking the village, it seems, two brides already passed me by as I was sitting on one of the squares marvelling at the fairy tale setting. It reminds me a tiny bit of Sweden, of Strängnäs or maybe Gripsholm. I would not be entirely surprised to see Kalle Blomqvist dash out of one of the tiny streets with names such as Rabbit Street or Lord’s Lane. Maybe the nicest thing is that there is a cafe, restaurant or pub wherever you turn to – but not in the touristy way. Even though this is a spa town, there are lots of young people hanging out on the squares drinking Most, and occasional obvious foreigners melt into the crowd that seems so relaxed as if there were on an endless vacation. I live in a house from the 14th century and the floor is not straight at all. At night the half-timbered walls make tock-tock sounds and to go to the bathroom, I have to climb over a 30 centimeter difference in floor level. It’s all so romantic, I might even consider coming back. 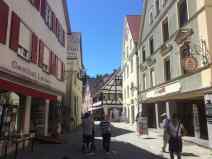 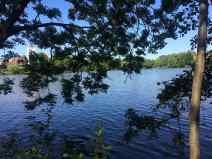 Selfie-proof I am here and the butchery exists. #wurstsalat