Recent weeks have been marked by goodbyes in my life. Lil’ Pesto leaving, a funeral, my Swedish group of friends crumbling as one after the other seems to move back home. And now my extra co-workers decided to move out, resulting in four colleagues disappearing from the shared office space. One of them being my dear friend Anja. Not okay. Not okay.

Today they had their goodbye fika and Anja gave me a special little something just for me. I, who usually am the one who does the wedding newspapers, going away movies and birthday songs with new texts, was delighted to be presented with such a creative gift, even if it is just a hypothetical film on paper.

Girl’s got a life 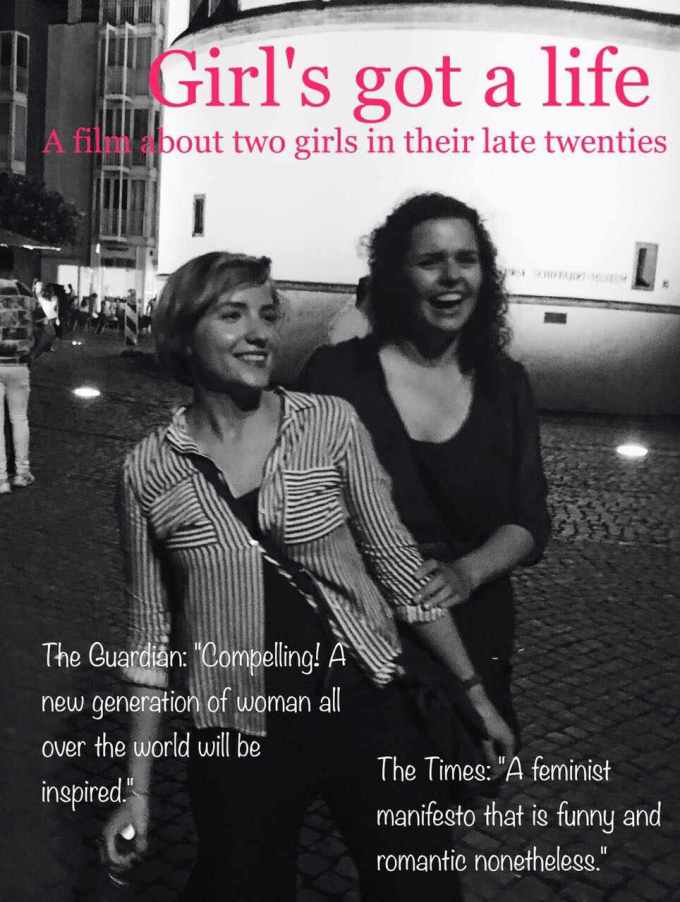 A romantic comedy directed by Noah Baumbach Starring Helen & Anja
In the summer of 2012 director Noah Baumbach electrified film critics and audiences with Frances Ha – a film that captured the feel of the generation of those twentysomethings for whom the security of a nine-to-five-job and the heteronormative romance luring on the horizon of a life after finishing university did not seem like the ultimate goal. Centring his story again around a female friendship, Baumbach’s new film plays out the joys and hardships of that time in life when one is no longer a student but still too young to settle down.

Helen starts a new job in a new city. Still reminiscing about her life in Sweden she just left behind, Helen finds a good friend in her co-worker Anja with whom she soon finds out shares more than pen and paper in the office. Struggling to find their places in life they form a friendship and mentor each other through job interviews, the intricacies of dating and fashion choices. Viewers will find Helen’s performance to be most captivating and amiable; playing the part of the restless young professional that, extremely skilled at her job, has an uncomparable drive to live her life to the fullest.
This movie will speak to a new generation of women that have grown out of the high heels in which Carrie Bradshaw once lead into an emancipation and sexual liberation that still complied with the idea of finding Mr. Right in the end. While men come and go, the continuity and depth of Helen’s and Anja’s friendship makes their romantic relationships pale in comparison.
Girl’s got a life is a beautiful postmodern film noir and a romantic plea for the affirmation of life’s indeterminacy. It is an homage to life as the twentysomething-period draws to a close and to friendship between woman who have each other’s back.

*Girl’s got a life: apparently, I’ve replied on several occasions to the question “Why can’t you date him this weekend?/Why can’t you go out with us on short notice?/What is it that keeps you from doing XY?” with the words, “Girl’s got a life” that have become, without me noticing, a dictum used by the some of other girls in the office. Naturally, Anja picked it as the title for our movie.