My Tweets
Posted on September 26, 2018 Uncategorized 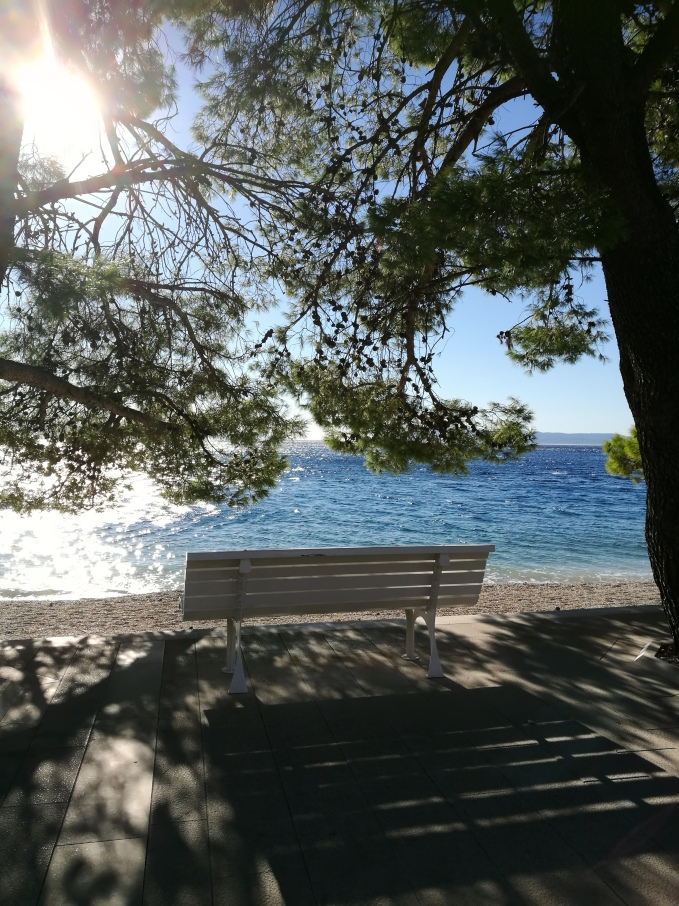 When I was 12, I hung out in an online forum for fans of the pop group A*Teens a lot. There, in the “discussion board as it was called, I learned most of my English, long-distance collaboration skills and intercultural competence. There, I also learned about a country called Croatia through a forum friend called Miha. He lived in Zagreb so that was mostly my point of reference until seven years ago I applied for a Master’s Degree in Dubrovnik and the fact that there is a Croatian Adria became more known to me. I didn’t do my Master’s in Croatia but since then thought it would be worth visiting.

So when we talked about going way during the fall to get some sunshine, I brought up Croatia. A then went ahead and picked a hotel that makes me alternately feel like I am in a perfect-vacation-commercial (when on the terrace or beach promenade) and a Soviet girl encountering capitalism for the first time (when faced with the breakfast and dinner buffet). I am also fascinated with how travelers are taken care of in this kind of hotels. Everyone speaks German and English (and remamarkbly good German and English), there is an own app that lists all offered activities (step aerobic, stretching, excursion, cooking course, Croatian course, live music anyone?) and upon arrival we got an envelope with a letter from “Iva of Tui” and her phone number to call if any issues should arise at any point. Seriously, I feel more taken care of than when I was 16 and on an exchange semester in the U.S..
“Iva of Tui”, as the receptionist kept calling her as if that was a noble title, also held a welcome session this morning which we missed because I was very busy for an extended period of time marvelling wide-eyed at the 15 different kinds of bread at the breakfast counters. Instead, I signed us up last night for “Facts about Croatia” to which A willingly tagged along. We were greeted by Marko who had two Swedes in tow. There are so many Swedes here (and the occasional Dane), it’s rather bewildering to me. I thought Swedes were kept in Ayia Napa. Marko gave us an excellent presentation that exceeded our expectations. Now I am even more keen on going to the “Croatian Language Course” on Friday.

We are in Tupeci which means City of Springs

I think it all looks rather Italian here 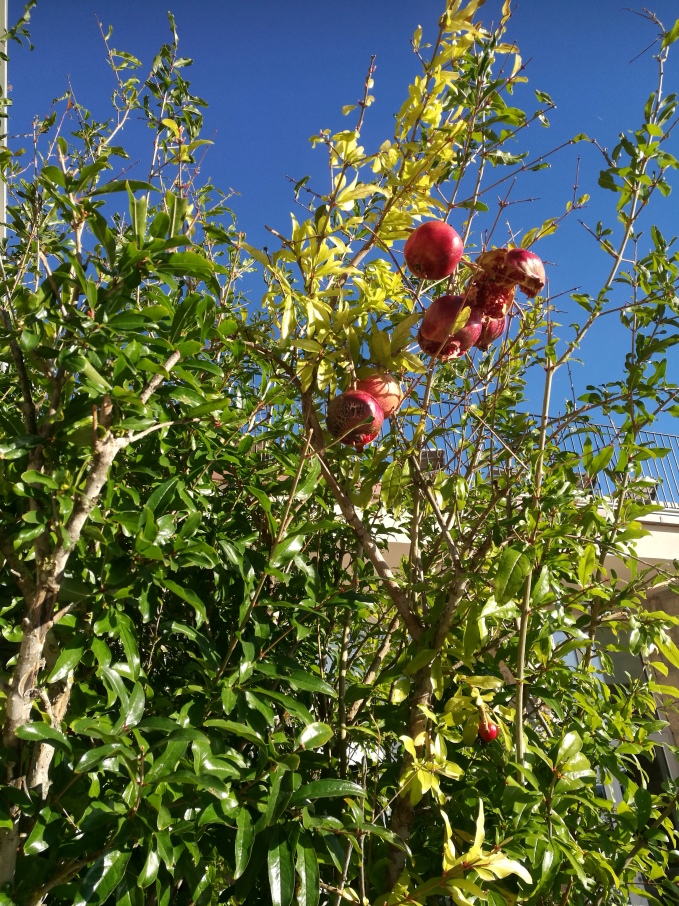 Pomegranate Trees! I have never seen pomegranates growing before. 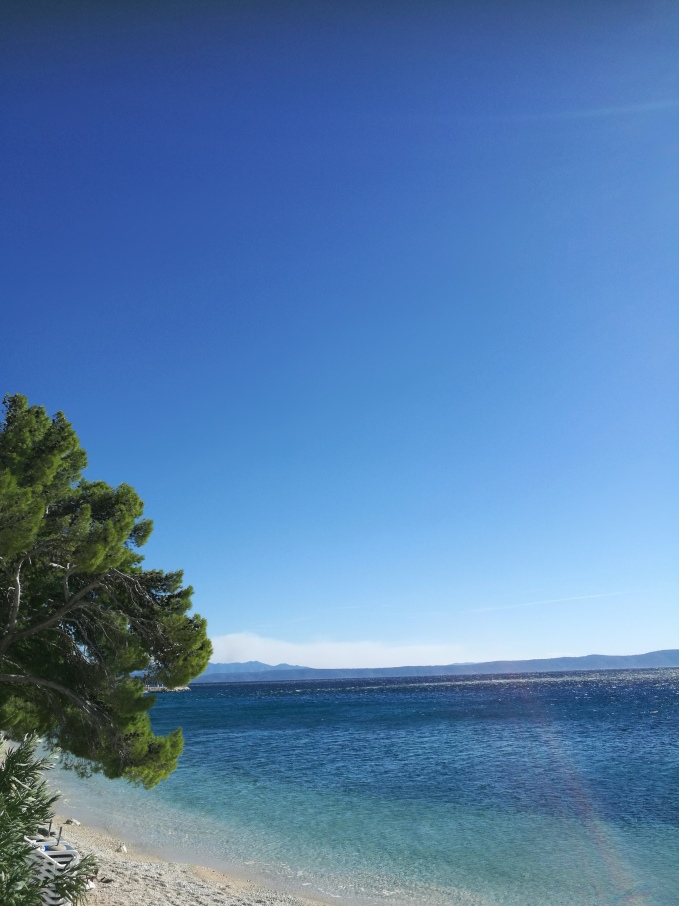 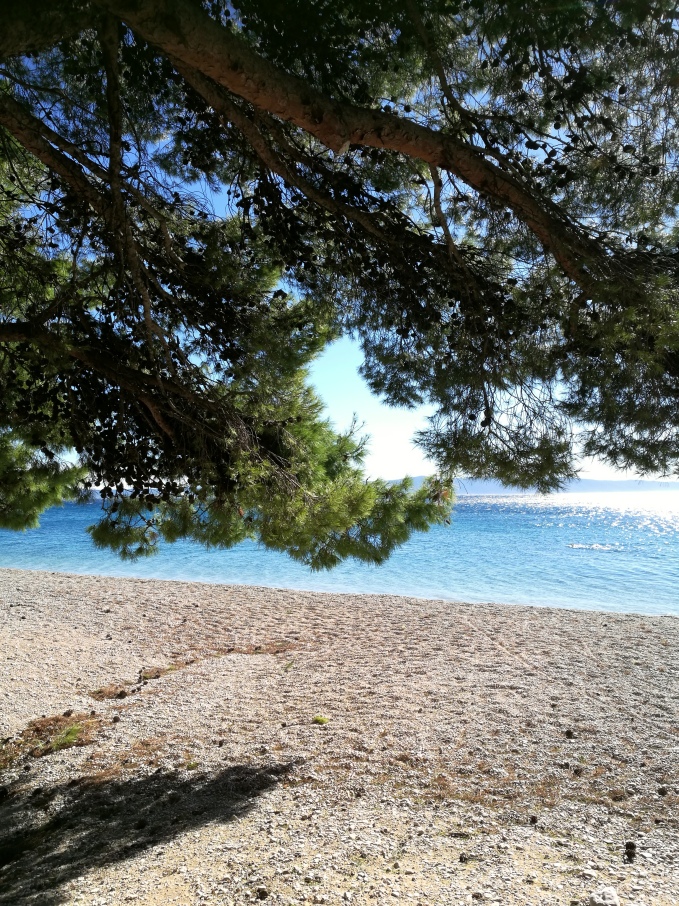 Can’t stop looking at the color of the sea 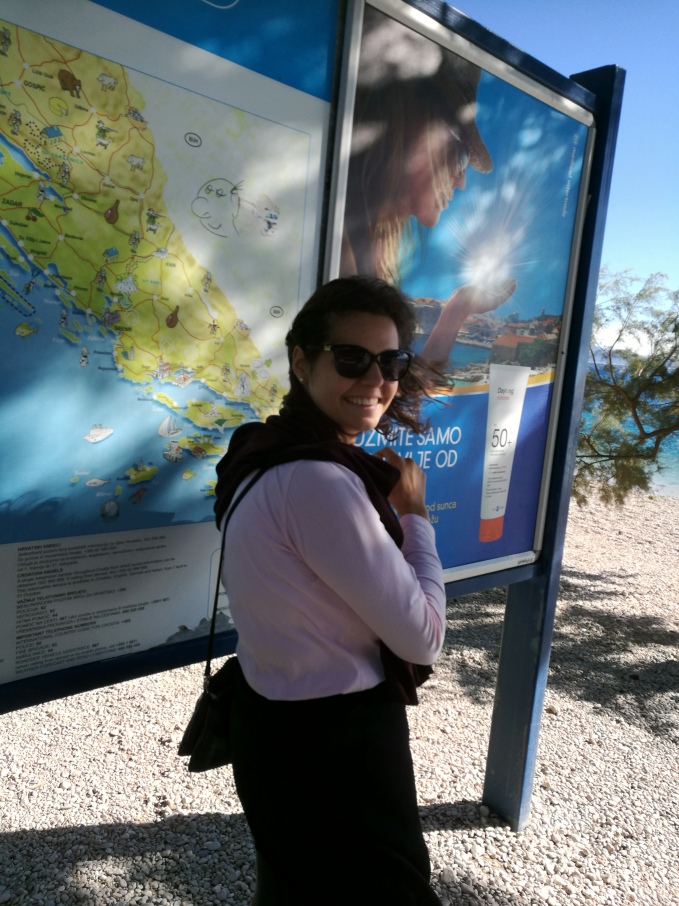 The first day was very windy

That wind, we learned, is called Bora. The changeable bora can often be felt all over Montenegrin Littoral, Dalmatia, Istria, Rijeka, the Slovenian Littoral, Trieste, and the rest of the Adriatic east coast. It blows in gusts. 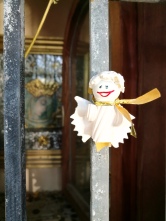 We are in Tupeci which means City of Springs 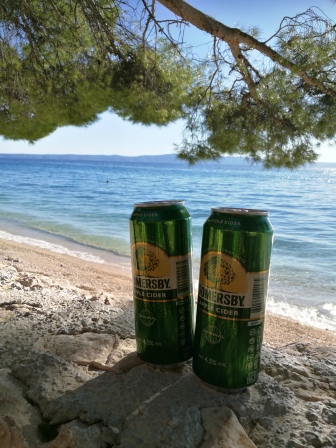 Maybe it’s because of all the Scandis here, but they sell Somersby which made me very glad