I love apples. People give me funny looks when I say I buy 14 apples at the Farmer’s Market for each week. But if you eat one for lunch and one for dessert after dinner, that’s 14 a week. I remember my grandpa cutting up apples into slices for me when I was sitting on his couch watching TV with him. It’s one of my fondest memories and if I only could eat one fruit for the rest of my life, I suppose it would be apples. Or oranges.

How convienent for me that I now live an hour away from Northern Europe’s largest fruit-producing region, eh? I’ve only waited for fall to roll around so that I could set off to the Altes Land (“Old Land” – apparently a mistranslation from Low Saxon. The land is not old, but was originally colonised by Dutch settlers, and thus called the (H)Olland). In the Altes Land, you can go apple picking yourself and what I hear this is a popular activity for Hamburgers. We went on October 3, German National Day, but next year I think I’d go a little earlier. Most of my favorite apple, Elstar, had been picked already. But that was fine, there were plently of others left and the idyllic atmosphere was amazing. After four days of constant rain, we even had sunshine! I got to pick Finkenwerder Herbstprinz, a local apple I heard about but that isn’t sold in the supermarkets (at least not in mine). As I was roaming under the apple trees, I wondered when self-picking became popular. I mean, 100 years ago people would have thought you were crazy to pay to do the work of a farmers’ hand. But today, with us urban people feeling so disconnected from the origins of our food…yeah, you get it. (Half of the people might come for the pretty instagram pictures this adventure yields, though.)

Of course I choose the apple that looked like a butt. 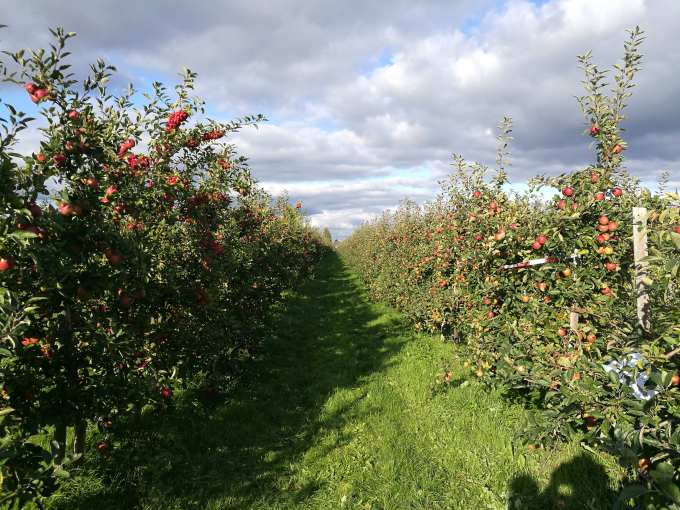 Small, non-edible apples that can be used for decoration 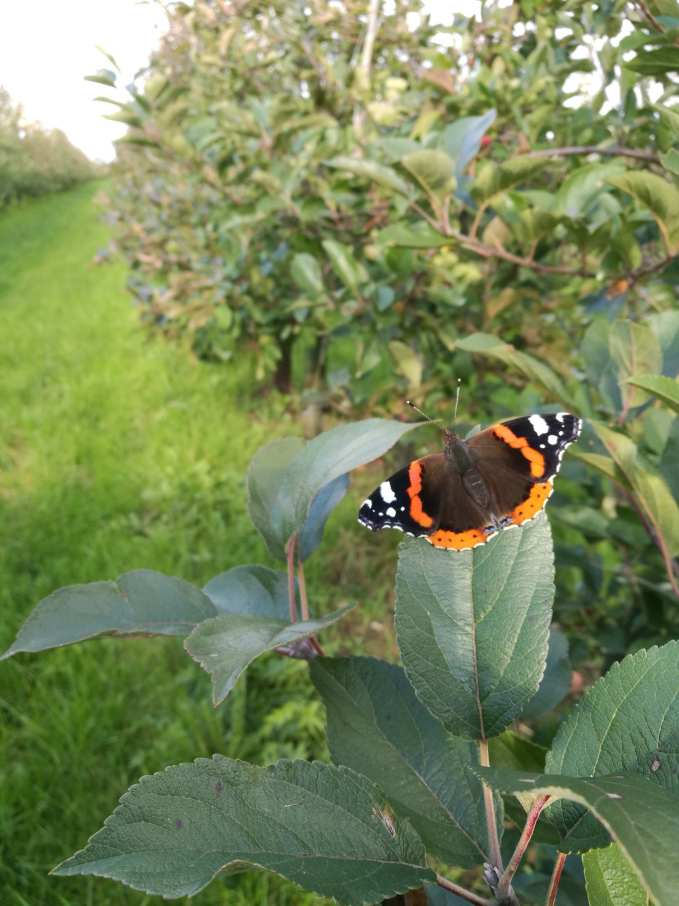 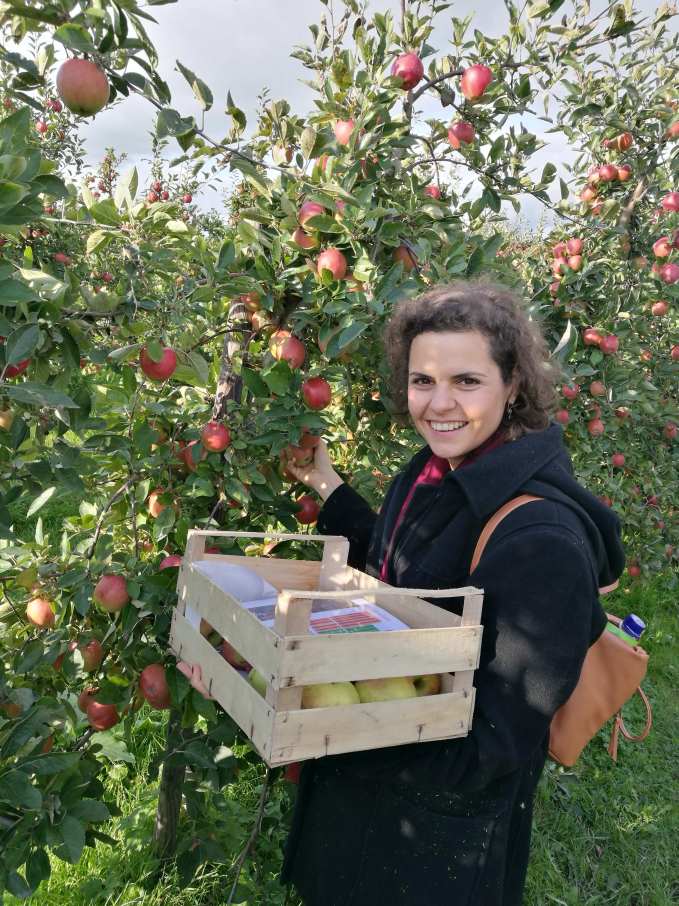 I was very charmed by the Altes Land region with its timbered houses, open skies and large fields. The Prunkpforte, the gate pictured above, was also a highlight. Wealthy people apparently build these kind of portals to, well I don’t know why, but I suppose to flaunt their wealth and impress others? Or to please God – the inscription was very Christian.

If you are ever around in August – October, I suggest you take half a day and explore what’s outside the gates of Hamburg!