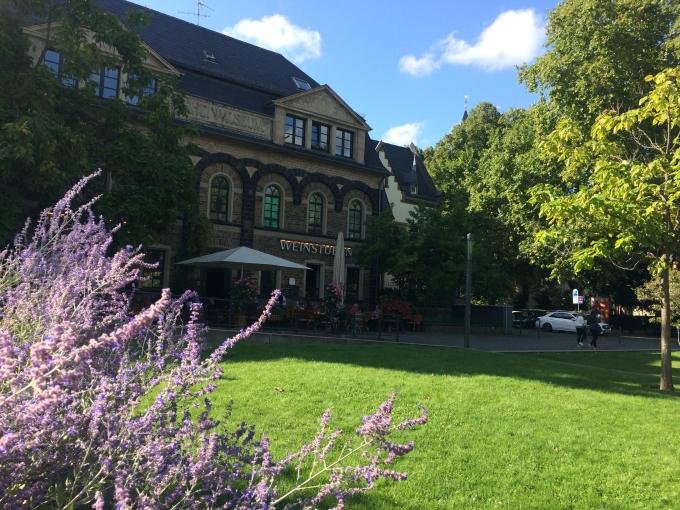 “I pity you”, my beloved late grandpa used to say. “You have to travel so far by plane while I can be content with what Germany has to offer within such a short distance of my home”. He would have been proud of me this weekend because I went to Koblenz – two hours from Dizzel. And just like grandpa always preached, you don’t have to go far to see wonderful things.

Koblenz’s name is derived from the Latin Confluentes, referring to the river Rhine and the river Moselle meeting just there, in more than 2000 year old Koblenz. The rivers are surrounded by four low mountain ranges that are adorned with an abundance of castles. Already as a child when we always passed Koblenz on the way to my grandparents, I marvelled at the sight, and when we contemplated places to visit for a weekend getaway, the choice was not difficult.

The town easily took me by storm! I kept saying, “Look at how beautiful it is!” and wanted to photograph every other restaurant because even those are so picturesque. Strolling down the river promenade provides instant holiday feeling and there are actually a good deal of international tourists adding to the flair. Emperor Wilhelm I had his summer residence here and we dined at the restaurant “Augusta” named after his wife. Wilhelm himself is represented as a giant statue at the so called German corner. That’s the name of a headland where the two rivers unite and there, the 16 flags of the federal states of Germany fly – my inner patriot rejoiced pointing at the flags of the states I’ve already lived in. The 16 state flags are joined by the German, European and American flag. Actually, the American flag is there as a memorial to 9/11, “united in friendship with the American people”, it says on the flag pole. 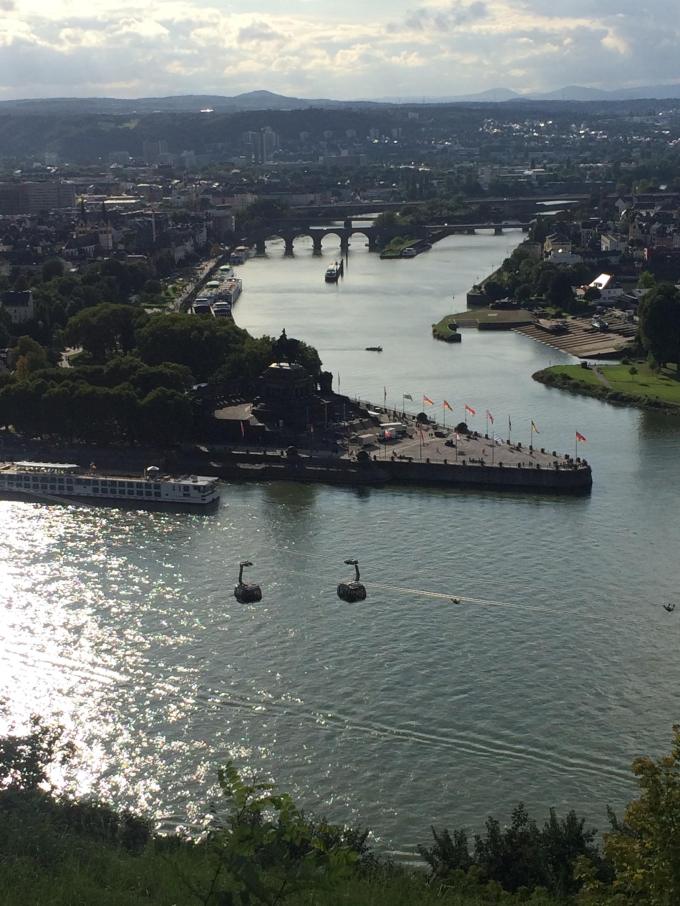 The German corner could also be called the German triangle 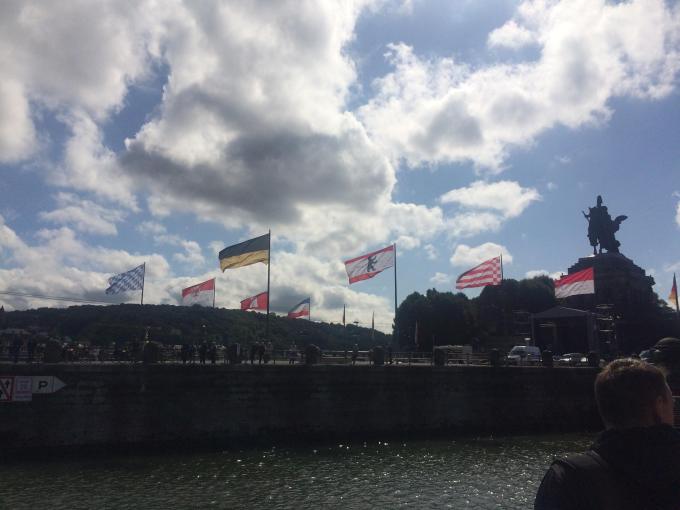 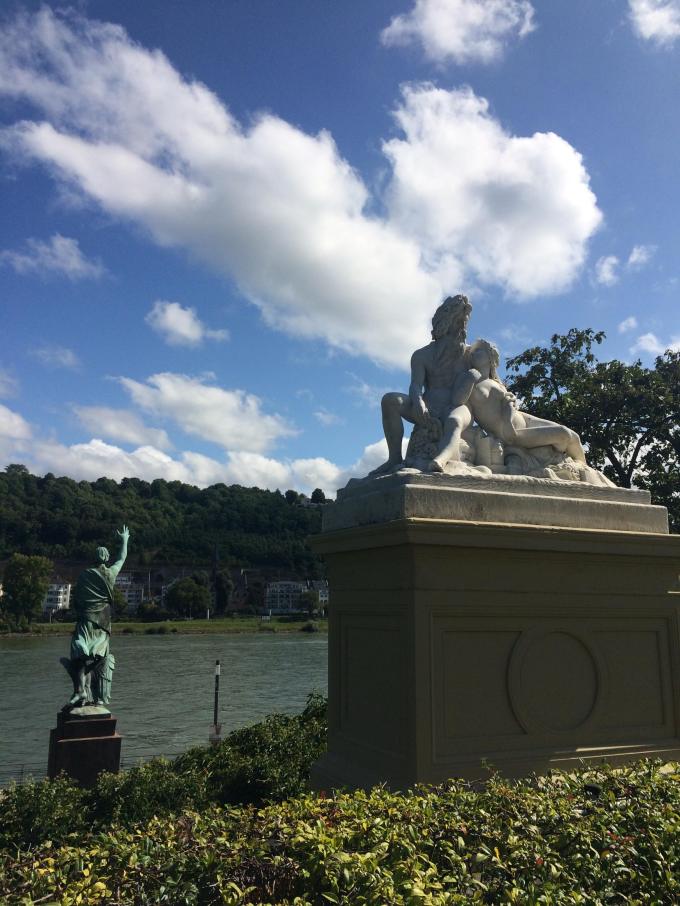 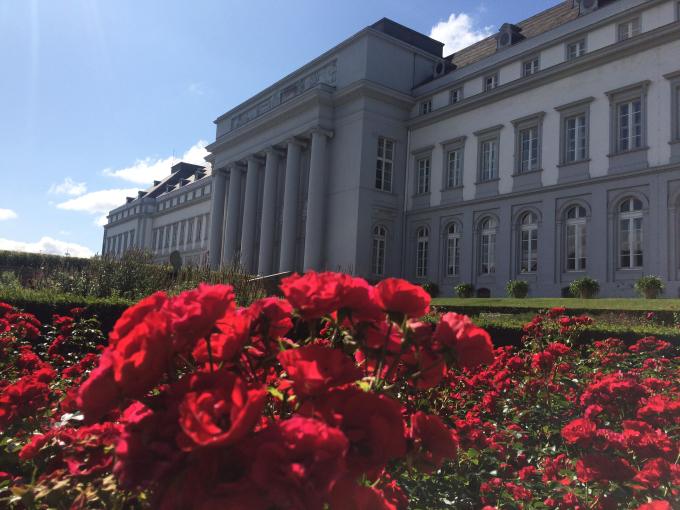 Wilhelm’s summer residence, not too shabby 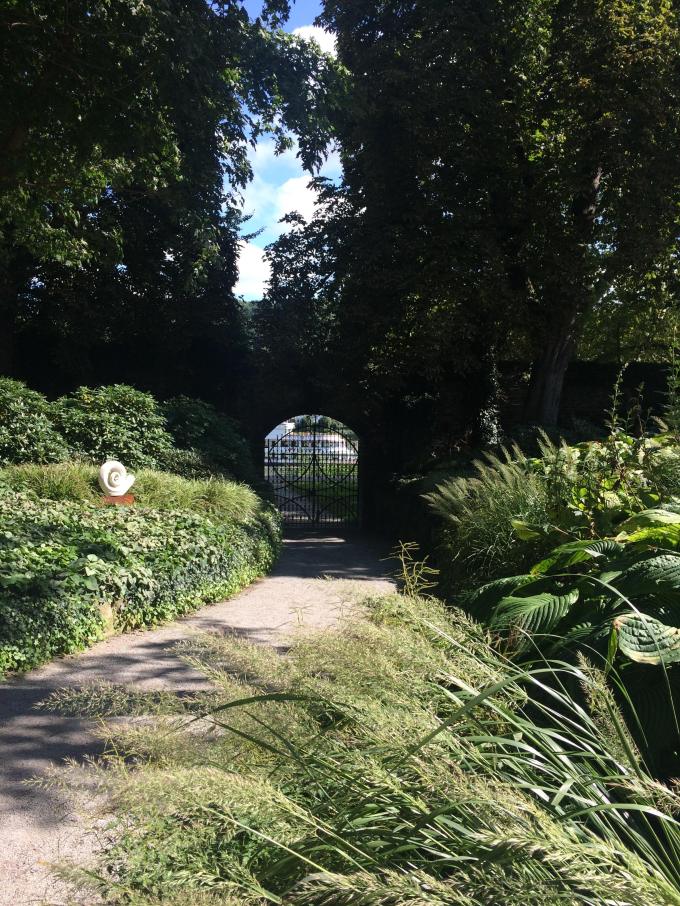 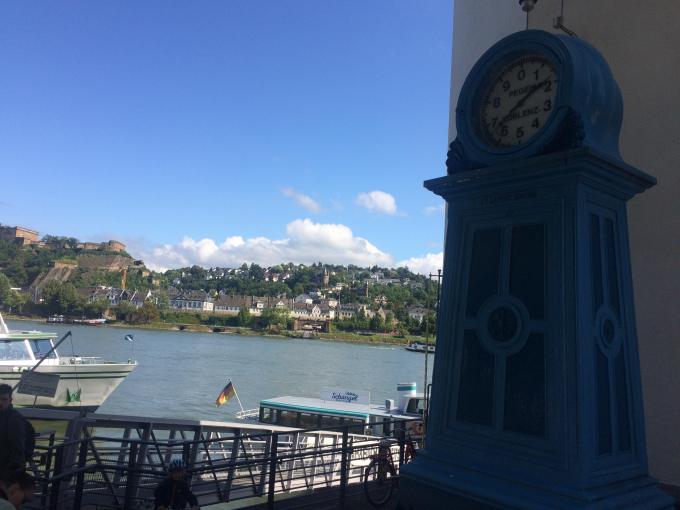 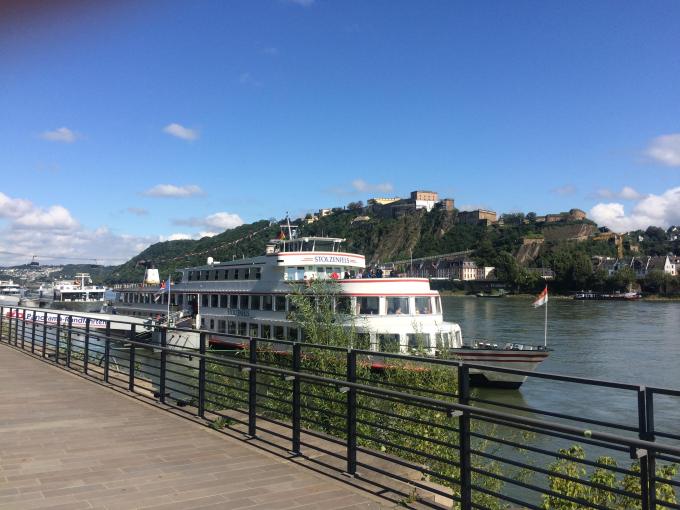 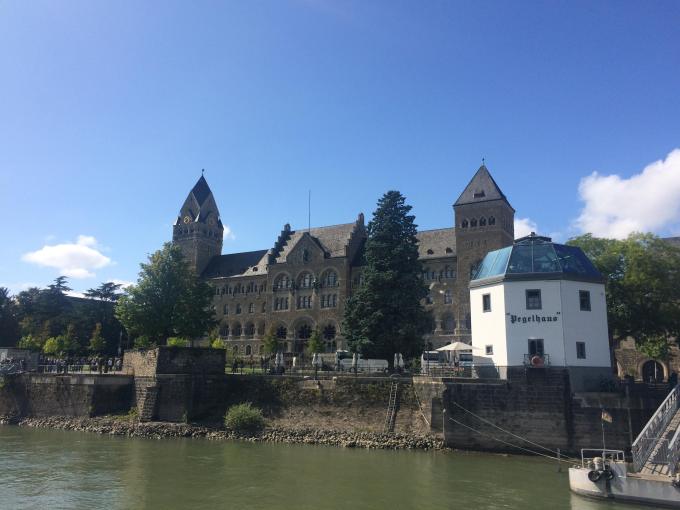 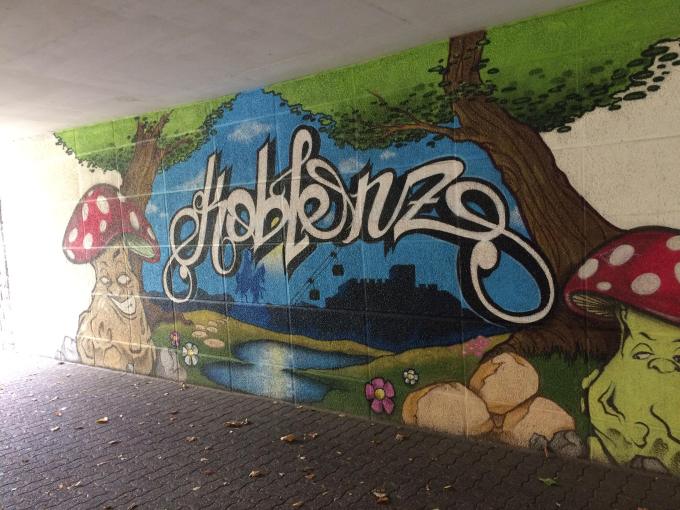 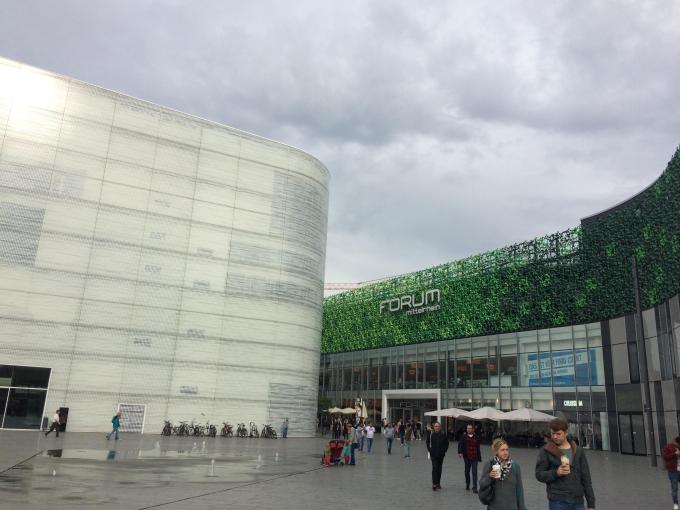 Something I could not find out was why there are so many rubber ducks in Koblenz. In our hotel bathroom, there was one (no, that’s not customary in Germany) and then in several shops, you could buy rubber ducks of all kinds – I’ve never seen such a wide range of rubber ducks: State of Liberty ducks, Queen Elizabeth ducks, Beethoven ducks, you name it. 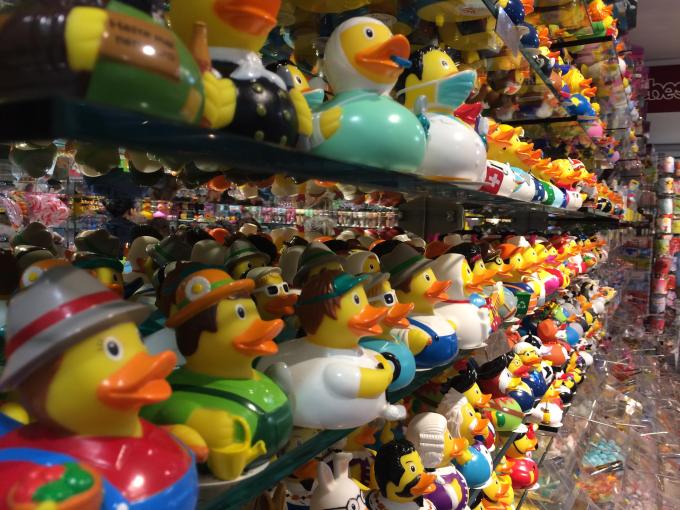 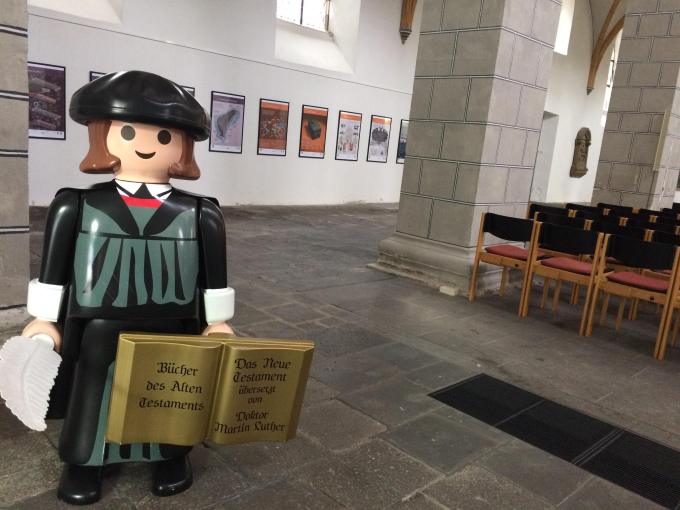 Is the Playmobil figure small or the church it stands in? 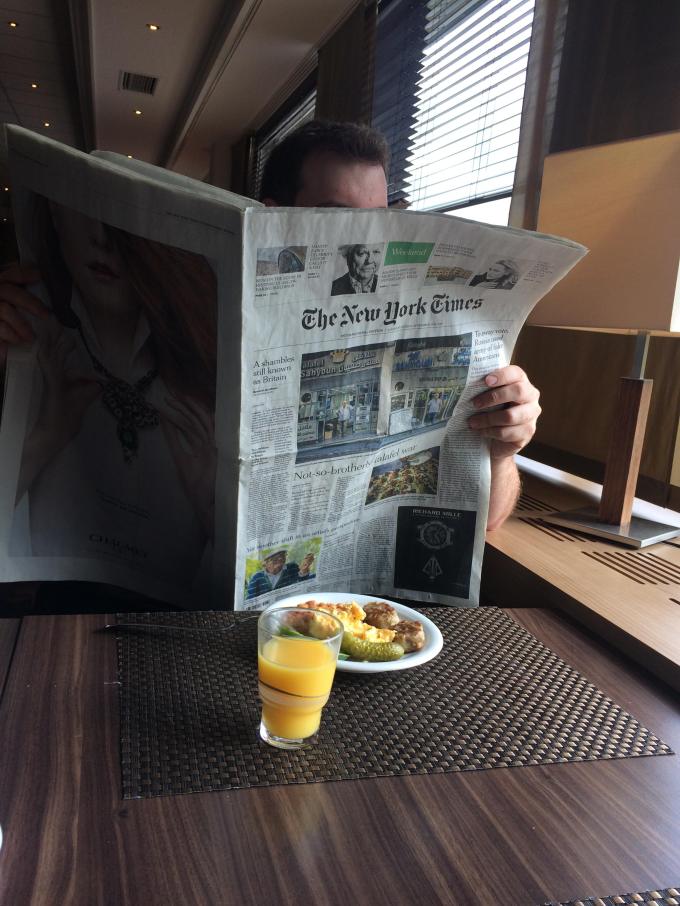 Koblenz is also home to one of the German Train Museums, ideal for our first day that was a little cloudly. As a frequent train traveler and historian, I especially enjoyed meandering between the trains from the 1930s. They had tried to conceal the swastika on the trains (debatable…), but the interiors were impressive. I would not have minded going on a trip in those parlor cars. 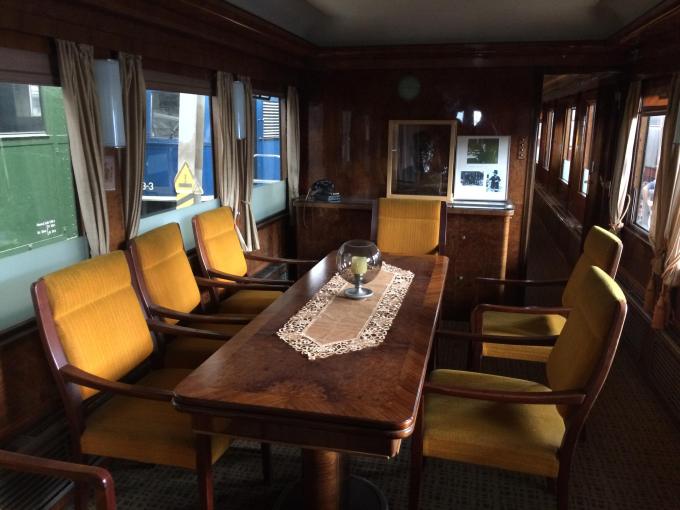 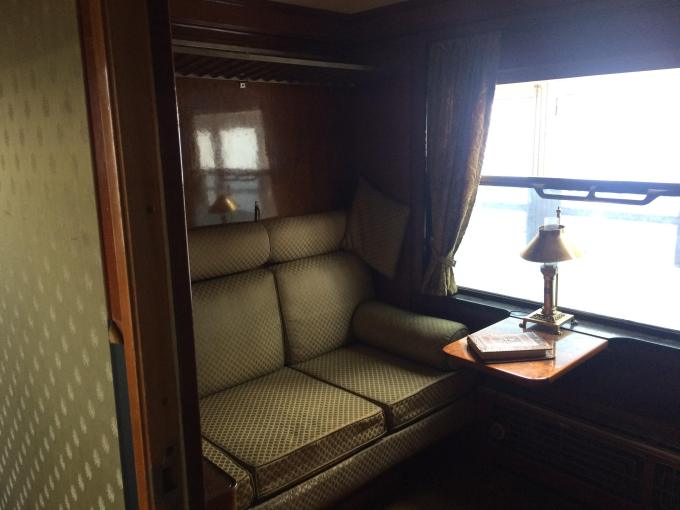 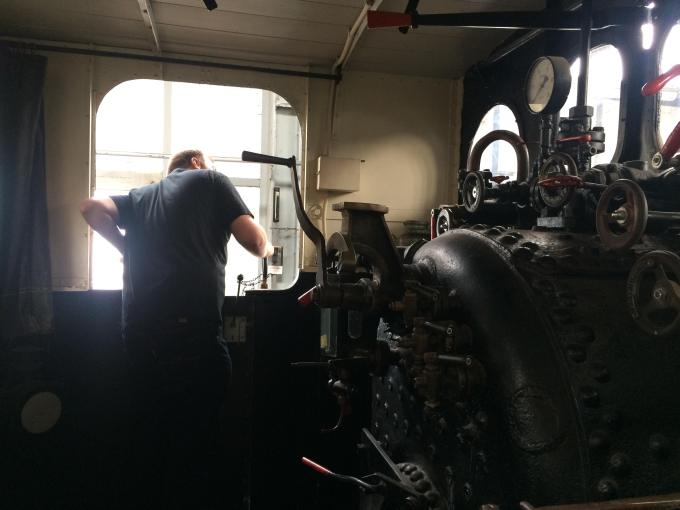 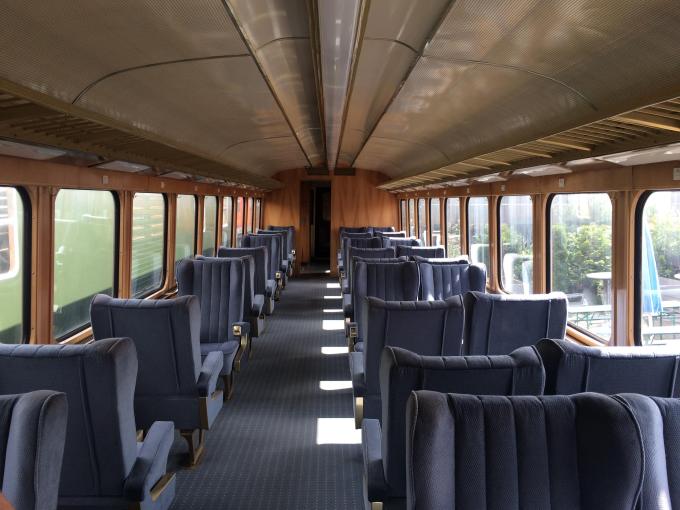 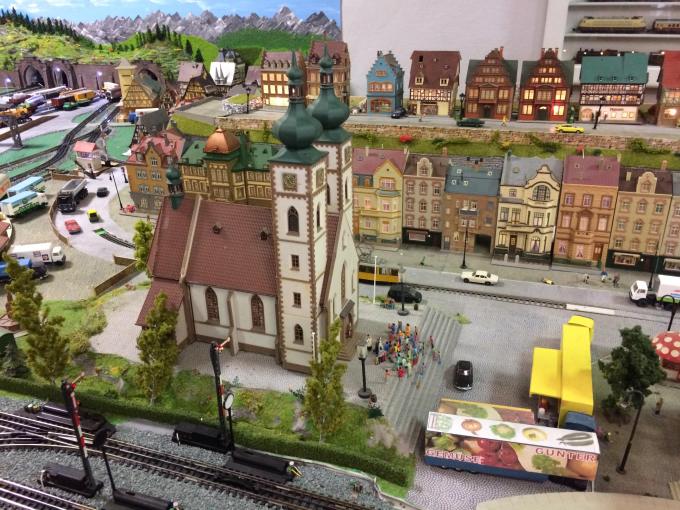 I can’t help but like model railroads – so much to look at! 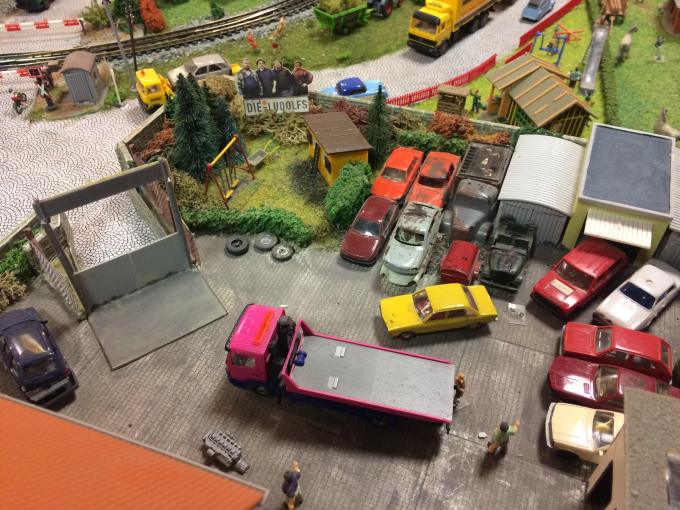 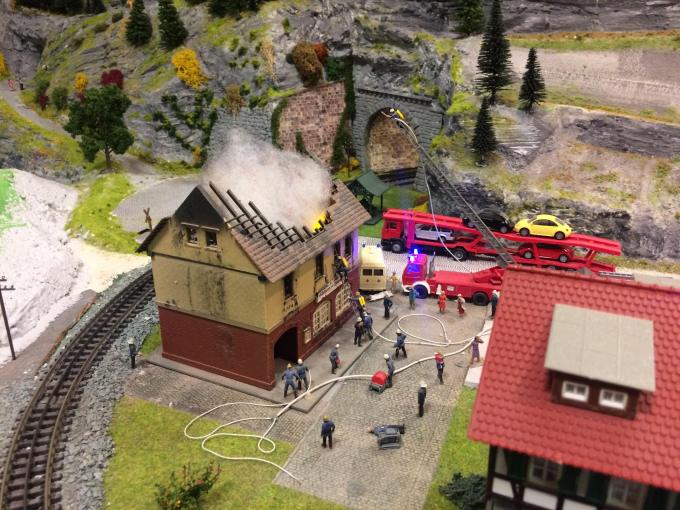 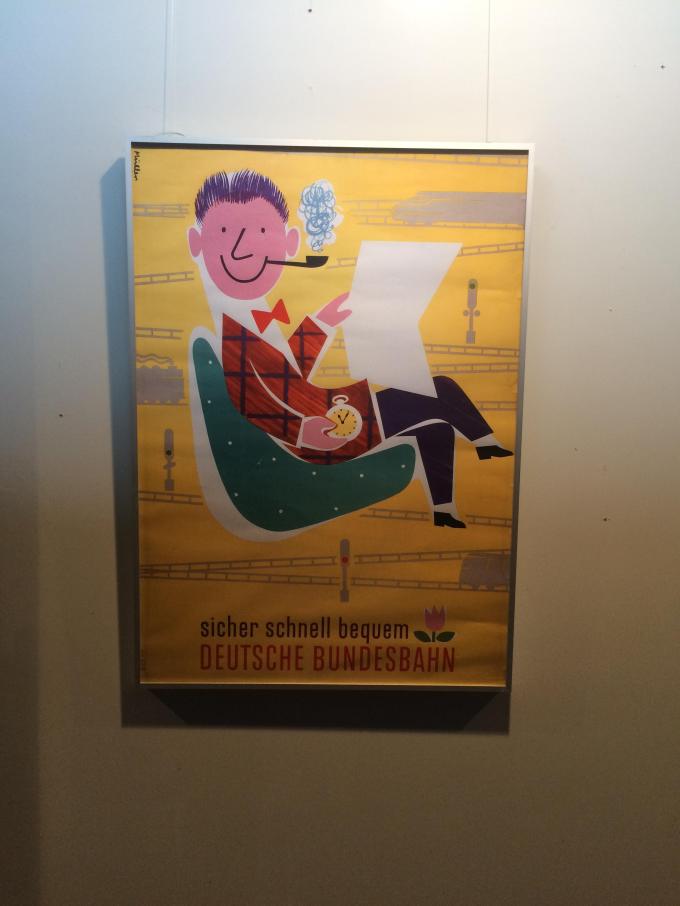 I can recommend going to Koblenz and if you don’t believe me, trust the German prince of poets, Goethe:

“Until Koblenz we floated calmly and I remember vividly that there I saw the most beautiful image of nature that I might ever have laid eyes on. […] The picture was a magnificient delight”. 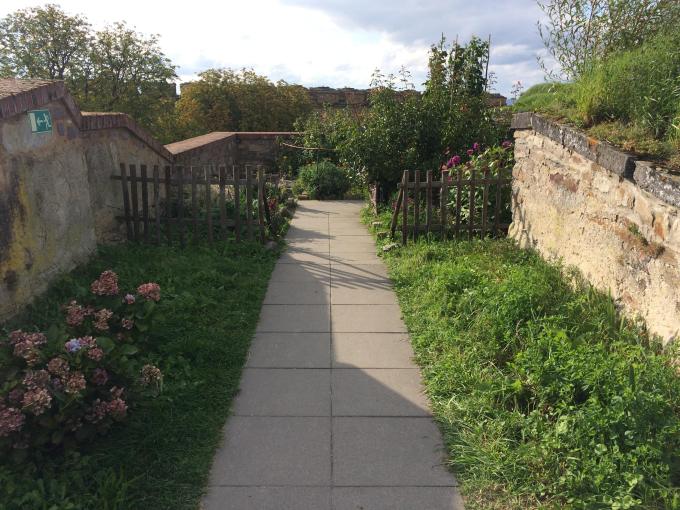