Office deskie [instead of selfie]

Isn’t it funny how only days after I published a rant about the rainy weather here, we get two days of wonderful sunshine and crispy cold air? The fact that the days are getting a little longer is now also noticeable. Inspiring by this first sign of spring, I bought tulips on International Women’s Day for my desk. It actually makes much more sense to have flowers at work than at home because I spend more awake time in the office. (That’s also why I tried decluttering my desk.)

This week has gone by really fast (okay, it’s not quite over yet). The most fun thing was that I got my request for an intern through. Now I wrote my first internship ad and emailed it to all German universites teaching Swedish and all Swedish universites teaching German (so bilateral!). It’s going to be very interesting to see who applies and if we can find a suitable candidate. It’s also odd to suddenly be on the other end of the internship machinery but I believe a summer intern could really help us out.

We also canvassed a hell lot of companies this week. My co-worker and I got a hold of all adresses of Swedish businesses and we are determined to contact them all and invite them to join our organisation. I can tell you it is a lot of assembling papers and flyers in envelopes. During that process, my co-worker and I came up with a story for a children’s book, “Helen på postfabriken”[Helen at the post factory] in which the character Helen gets to go into a mail processing plant to find out how the postal systems works. Postman Peter shows Helen around and together they try to find out why Helen’s letters to Sweden that were sent in September 2015 arrived in December 2015. Who would not want to buy such an educational book as “Helen på postfabriken”? (Plus, I finally get to see a mail processing plant from inside for the research!)

And today I am fikansvarig – I’ll be the fika host. When I realized my baking pans had mysteriously disappeared after one move too many maybe, the “Lent Calendar” that our pastor from the Swedish Church in Hamburg had emailed around caught my eye. It said, “Sunday March 13: Annunciation”. In Sweden, this Christian holiday is celebrated by eating waffles. I will never understand how the Swedes can have several institutionalized candy days (Saturday: sweets in general, October 4: cinnamom bun day, Fat Thursday: semla day, Annunciation: waffle day) and still maintain such good public health. But nevermind: Happy Waffle Day! 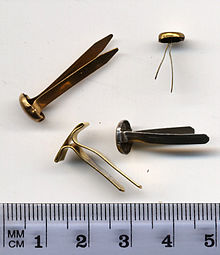 Today has been one of these rainy days when Hamburg wants to fool you into believing that summer is over. After I had forced Ingrid to take a walk with me, popped into the local mosque (I have never been in a mosque but always wanted to), and had tea time with scones at a café, we went home to my place, lit candles and drank green tea, thus conceding to the fall atmosphere. And then I carried my three boxes of letters into the living room. Some years ago, I sorted my letters by senders and bundled them pretty ties. When my friend Frederieke told me last year that she sorted her letters by years, I, a historian, realized that her method appealed much more to me.

So tonight I took a trip down memory lane with Ingrid. And let me tell you, it was hilarious, touching and enlightening. The earliest letters date from 1993 and they are birthday cards: “All the best on your fifth birthday!” with the stamps that look so old and have the old currency on them. At the end of the Nineties, a vivid exchange with friends begins, tackling questions such as “Do you have internet?” and whether the friend could send the songtext of an A*Teens song. There is a book in which my then best friend Claudia and I wrote letters to each other, a “letter book” or “babbling book”, as we called it. They were very popular around 1998/1999, and they are hilarious, telling about crushes but also important events such as the total solar eclipse in 1999 (“I am writing to you about the solar eclipse. August 11, 1999, 11:30  Slowly it gets darker, cloudy, rainy. 12:33: Street lightening automatically turns on. 12:35: It is dark as at midnight, no stars, darkness without a corona for 2 minutes, rain.”)

There are also self-drawn cards with a nun saying “Repent!” and on the inside “And congratulate Helen on her birthday!” I should mention I attended an all girls’ school run by sisters. In later years now, there are wedding invitations and birth announcements from friends’ babies.

Card from my mom when she was in Myanmar. Apparently is was missent to Thailand because Thailand and Sweden are so easily confused.

In my final year of high school, there is a letter from chancellor Angela Merkel who my friend and I apparently wrote to. There are letters from children’s books authors who I had contacted postally to express my admiration. There are long letters from pen friends who inform me about their schedule at school in Sweden or their grades in Croatia. The letters of my friend Maike always stand out through their unparalleled use of words;  elaborated language register does not even begin to cover it.

Every year, there is a birthday card from our former landlady who ‘adopted’ me as her ‘grandchild’ when we used to live there. All the years, be it 1999, 2005 or 2014, have a birthday wish from her in their bundle.

When my little siblings by choice went abroad for highschool, I received letters from France and the US, describing their stay. My aunts and parents sent me affectionate letters here and there through the years to the different places I lived. Certain friends are especially diligent correspondents, filling page after page with their recognizeable handwriting, and the funniest cards with the shortest lines usually come from Emily.

Some of the envelopes I could only file into the right years by looking at the address. “Sernanders väg 9, oh that was my first year in Uppsala. And this is Sernanders väg 8, that was where I lived my second year”. These letters are historical sources even if I am not an important person in history (history of the common man, you know!) and although it is easier to sort them when the writers dated them or the post stamp is clearly visible (best post stamp visibility in the world: Gothenburg!), it is of course fun for me to decipher the year from the content. Someone is referring to my first move to Sweden? Ah, this is from 2010. Someone congratulates me on me becoming a teen? The year must be 2001. The letter is accompanied by a newspaper article about Princess Estelle’s birth? Sort it into 2012.

So if you ever wondered if it is worth sending me a postcard or a letter, rest assured that I highly appreciate them, I archive them and I read them even decades later because they are written witness of my life’s journey.