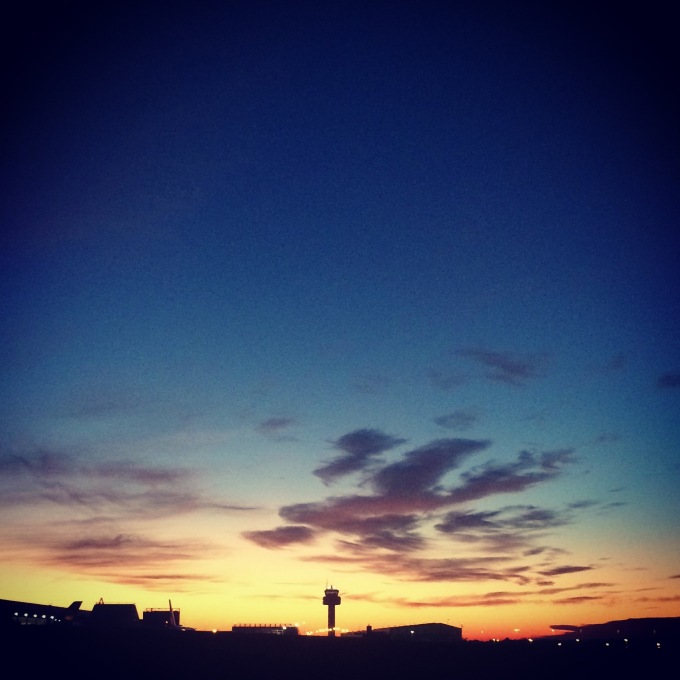 Hamburg when stepped on the plane

I am back in the city where they sell peas in the candy section. Yes, that was the most striking thing tonight as I strolled through the well-known Coop store. Actually, the thing that was even more noteworthy – almost shocking – was when I rushed outside the terminal (still foolishly thinking I would make it to the 20:12 train when my plane landed 19:55) and was not as usual met by the King and Queen of Sweden. Okay, no, I am not usually personally picked up by the Swedish head of state when I come to Stockholm (but if he wants to consider that, fine by me, it would spare me some pendel-pains), but as every passenger who comes to Stockholm, I passed through the corridor where the King and Queen welcomed you in almost-full size, followed by Astrid Lindgren, Björn Borg and other Swedish celebrities saying, “Welcome to my home town”. Now there is an Ericsson advertisement. I do wonder how that is in line with the overall nation branding strategy. 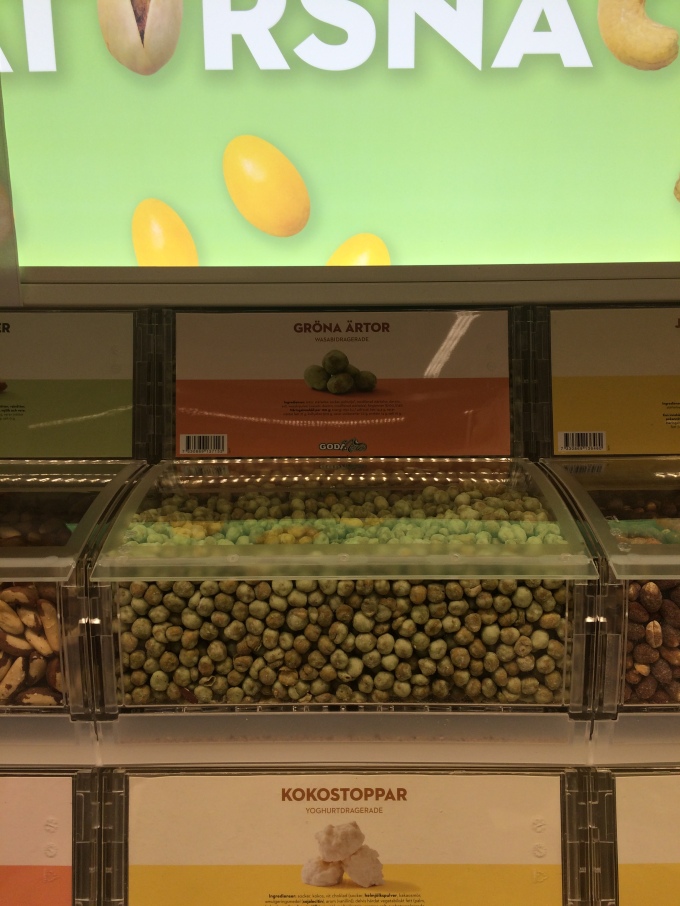 In the loose candy/snack section, you can now get peas. It is what the world has been waiting for!

There are few, possibly no, other places that evoke such conflicting emotions within me as Stockholms with its well-walked ways, familiar sights, predictable routines, an incredible load of distinct, significant memories – the beaten and beloved track, kind of. Now I am snug and warm in the comfort of Marita’s and Fredrik’s home, one of my second homes in Stockholm. I even got a cherry stone pillow belt (I wonder if that is something non-Germans know) from Marita who is a devoted caregiver to the disk defected friend. Tomorrow I’ll hit town (read: slowly walk) to meet near and dear ones!

P.S.: Meanwhile, if you miss me and can read German, read my recent Elbsalon posts about a café name Milk, Sunday’s exhibition about decision making and rap music for the sea rescue service.

Even before I wrote my Bachelor’s thesis, I was sure I would never pursue a PhD degree. Eve today, I have a hard time imaginging that a scientific subject could capture me to the extent that I’d want to spend 3 years full time with it. But every now and then, I come across topics that tempt me. Like when I watched the German chancellor’s New Year’s Speech, the German president’s Christmas Speech, the Swedish King’s Christmas Speech and – as I write – the British Queen’s Christmas Messages through the ages.

There is so much to see and hear! Amazing how different actors and cultures choose to use political and symbolic communication. The Queen always refers very directly to Jesus’ birth, for example, and before and after her speech, there are performances that would weirden out the German viewers, I suppose. Different from Germany and Sweden, the Queen does not at all greet her people.

Behind the Queen, the Christmas Tree, a non-secular symbol

My maybe most striking observation was a personal cultural one. Before I even watched Angela Merkel’s speech, I had read that critics had deemed it vague and unclear, a point that is often made against Merkel’s way of handling her job. When I watched it, her very first words already made a very explicit impression on me. She directly and harshly critized Russia and continued to insistenly called upon the Germans to not fall into line with the racist demonstrations going on. Puzzled by why anyone could find her address to the nation vague, I shared my thoughts with Malin. She suggested that my feelings of what is vague and what is direct might have become culturally blurred (she used the word “sweden-damaged”). And she might be right – Merkel’s speech would have been considered very much to the point at least from a Swedish perspective.

The Swedish king, by the way, very nicely included all people living in Sweden in his speech. What used to be, “Dear Swedes at home and abroad” became “Dear Swedes at home and abroad, everyone in Sweden” in the year that the xenophobia party triumphed in the elections. He went on to talk about how not everyone celebrates Christmas – no one can argue that this isn’t carefully orchestrated communication. His speech centers on rather different topics than Merkel’s, reflecting the completely different geo-political situation from which Sweden looks at the world. 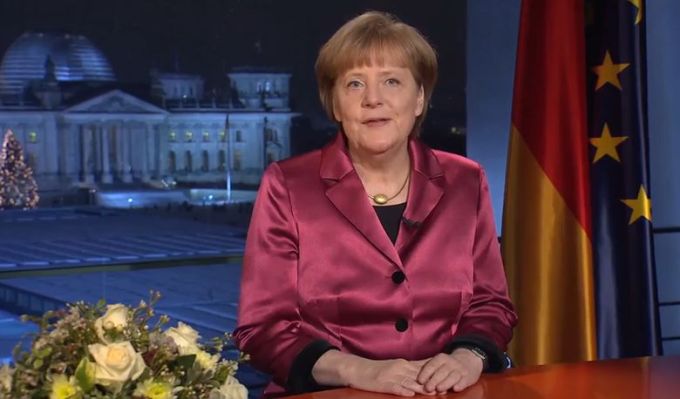 Germany’s leader without any Christmas symbols – and also without her wedding ring.

The Swedish speech also begins with a few minutes of historic introduction to the castle, a prelude whose sense does not quite reveal itself to the recipient. Remembering the German virtue of effectiveness, I cannot help thinking that maybe Germans would be terribly annoyed if there were minutes of non-related information before the actual message. No fancy things, no songs, just a very unemotional “Coming up next, the chancellor’s New Year’s speech”. Period.

All these observations that can quicky be attributed to cultural differences just popped up in my head within minutes. Imagine where I’d end up if I actually put my mind to it and started researching the topic!

To be fair, the valid comparison would be the one with the King/Queen and the German president. He did not only have a Christmas tree, he also referred to the Christmas story. He also gendered his speech.