My Tweets
Leave a comment Posted on August 19, 2018 Uncategorized

I like abundance. Scarcity is not really my thing. That’s why I keep wondering if I live in the right country or the right part of the country because battles for space, a scarce ressource, seem to regularily occur in my life. On the train. At restaurants. In the streets. Or, like last Friday, at the movies.

I had already attempted to attend the local open air cinema two weeks ago. We arrived 5 minutes after they had opened the doors, just to find there was no way on earth we would get in. 90 seats, 200 people in line.  And that was half an hour before the movie even started. So I still have not seen “Three Billboards outside Ebbing, Missouri”. In a way, it feels like back when I lived in a small town and had to wait for films to come out on DVD.

So this time, I was prepared. I told my friend Maike we had to be there early. We walked briskly to the venue, and I was in high spirits. Twenty minutes before the doors opened – surely we’d be among the first 90 ones. We arrived and the line was long, long. But I kept up my courage. Five minutes after admission started, two hipsters walked up to our part of the queue. The hipster girl, wearing a swimsuit and pants with dreadlocks, told us, “We counted and there is 90 people up to here”, pointing to seven people before us. “So I am sorry but you won’t get in. Anyone beyond that point won’t get in”.

The reactions to this verdict would have made great movie material themselves. The ladies behind us were certain that this was a joke and kept questioning the two hipsters in charge. “Are you saying this to make us leave so you two get a seat?” they even wondered, challenging their status as official admission staff. “No, we work here and the regulartory authorities are strict on this”, the male admission hipsters assured them. But to no avail – the 100 people still in line had formed a community of fate. We were not giving up our spots in the line.

As soon as people emerged from the building, voices asked “Are they leaving, are they?” The admission hipsters answered, sighing, “No, they are going to – the – bathroom! The space really is full already”. A man poked his head out from the theatre. “There is a free seat next to me!” he announced. “Someone can sit next to me!” This is pretty much like the lifeboats on the Titanic, I thought. Better get that last seat. Children and women first! The admission hipsters were not having any of it though. “If the seat is still free when the movie starts, we can talk about it. Maybe someone just went to – the – bathroom!” The lady who had already gotten her hopes up for the seat called after the man, “Put your hat on the seat!” Titanic. Lifeboats.

The situation was hopeless, we could have left. It was less our belief to obtain a seat than the highly entertaining scenes in the queue that kept us waiting. In lieu of popcorn, we began eating our melon snack. “Are you a press represenative?” we heard the admission hipster ask a woman. I stole a glance at my friend and said conspiratorial to Maike, “You’re a journalist! Maybe if you get out your press card…” But then the unexpected happened. The swimsuit girl appeared, informing the waiting crowd that it seemed there were four seats left. There was a couple before us and a Japanese girl. But we were two. The suspense was unbearable – how would this play out? Would the girl give up her seat? (After all this waiting, unlikely.) Would Maike sit on my lap? (For the entire 2 hours and 5 minutes? Not feasible.) It felt like a dream, like a very unlikely fantasy when the male hipster reappeared and announced the happy ending of this scarcity ordeal: “There are exactly five seats left now. Get in”.

Oh, and by the way, the movie was great, too. 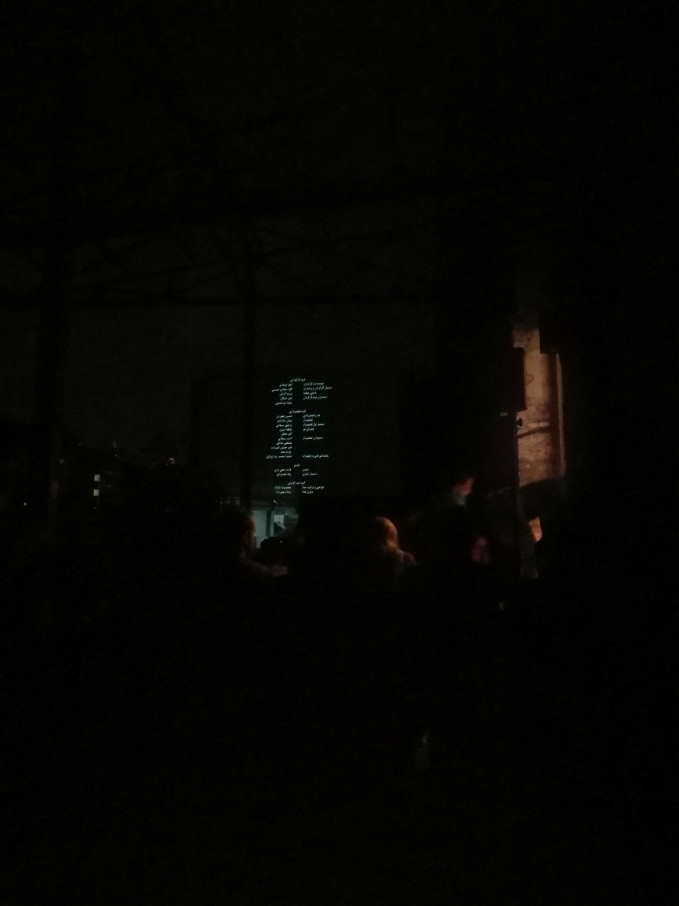